Robert Carlyle to 'give it up' for Lent campaign 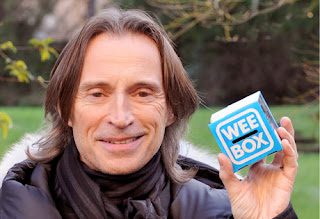 Iconic Scottish actor Robert Carlyle is doing his bit for impoverished communities this Lent by giving up coffee.
The Trainspotting star will be donating the money he would have normally spent on his daily cuppa to SCIAF's 2012 Wee Box, Big Change campaign.
The campaign is Scotland's largest annual international development campaign and runs through Lent.
Singing sensation Susan Boyle will launch the campaign for a second year running on Ash Wednesday, on 22 February.
The campaign invites people to give up some of their favourites, like chocolate, coffee or cakes over the 40 days of Lent and donate the money they save to SCIAF's work in Africa, Asia and Latin America.

Carlyle called on fellow Scots to join the campaign and make a real difference in reducing global poverty.
He said: “SCIAF helps some of the poorest people in the world to work their way out of poverty. They give a hand up, not a hand out, providing practical help such as seeds, tools and training so that people can feed themselves and their families, not just today but in the future.

“This Lent, I’m giving up coffee and putting the money I save into my WEE BOX. Please join me. Give up something for Lent and put what you would have spent into your SCIAF Wee Box. Together we will change the lives of some of the poorest people in the world.”

SCIAF’s Head of Education and Communications Philippa Bonella said: “SCIAF is totally star-struck by the fabulous support the Wee Box, Big Change campaign is receiving from superstars like Robert and Susan."
"We are extremely grateful to them and the many other famous Scots for their support and we sincerely hope it will encourage more and more people to back the campaign. Every penny raised will be spent wisely to maximise the practical support we can provide to people living in extreme poverty overseas.”

Last year the campaign raised over £900,000 to help SCIAF provide vulnerable people affected by conflict, hunger, poverty, and disease with practical support including seeds, tools and livestock to poor farmers, skills training and small loans to help people generate an income, and healthcare and trauma counselling to those affected by war.
EDITED BY CW Team