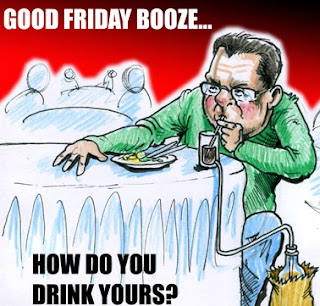 One of the four games is set to be played on Good Friday, and the rest on Easter Saturday and Easter Sunday.

Amid huge controversy Limerick publicans had to get court permission to open on Good Friday for a Magners League game against Leinster in 2010, despite objections by the State. They were given limited opening hours from 6pm to 11pm.

Vintners’ leader David Hickey of Souths said: "We are hoping the game will be on Saturday or Sunday, but not Good Friday. Dublin publicans will also be hoping the same for the Leinster home game. But we have to wait and keep our fingers crossed until the fixtures are finalised."

Limerick Chamber of Commerce estimate the game will be worth more €10 million to the Limerick economy.

Mayor of Limerick, Cllr Jim Long said: "It promises to be a massive money spinner as the Northern supporters are great supporters and they will have plenty to spend given it’s a venue where they don’t have to go by air and then there is the sterling difference."

Ivan Tuohy, general manager of the Clarion Hotel, where the Munster team stay for home games, said they are already getting a steady flow of bookings.

He said: "It’s great having the team stay as guests can meet them in the lobby. The squad take up 30 of our 158 rooms and this one is going to be great for us and every other hotel in the city."

John Cantwell, manager of Thomond Park said Ulster will get 25% of the allocated tickets.

"We will have a full house and all our 1,300 hospitality sit-down meal packages will be taken up. Even if it is fixed for Good Friday, all our 16 bars will be open as we are one of the three venues in the country which have a sports event licence to sell alcohol on Good Friday. But Saturday would be our preferred date," he said.
EDITED BY Sotto Voce