Third of Church property to be still handed over 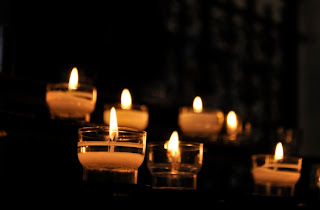 Nearly a decade after the controversial indemnity deal for religious orders was signed, only two thirds of properties agreed have been legally handed to the State as part of the compensation agreement for abuse victims.
Latest figures show that 40 of the agreed 61 lands and buildings were legally transferred to the State by last month.
The slow negotiations saw only three extra properties transferred across during the last six months.

So far, just 65% of properties worth €40.9 million under the deal, have been transferred to the State by religious orders. The agreement was originally signed on June 5, 2002.

Correspondence from the secretary general of the Department of Education reveals 21 properties remain to be fully signed over to the State.

"The Congregations have agreed to transfer these properties under the indemnity agreement, subject to good and marketable title being furnished," wrote Brigid McManus in her letter to the Oireachtas Public Accounts Committee.

"Physical transfers of the properties have taken place and all of these properties are in use or available for use by intended recipients. While they have transferred physically, the Chief State Solicitor’s office continues to pursue the legal requirements issue under the indemnity agreement."

But committee chairman John McGuinness last Monday has called for an end to the dragged-out talks on the properties and said the Government needed to press Church authorities to close the deal.

"It has been a slow and painful process to get the Church to focus on this and deliver the deal. From the latest information, there needs to be a concentration of minds so the properties can go across with full title.
The State needs to push the Church authorities on this."

Of the lands yet to be fully transferred to the state, 12 are in Cork and four are in Waterford. The others are in Westmeath, Limerick, Dublin, Monaghan, Kerry.

The €40.9m transfer of properties so far is separate from extra cash payments which form part of the €128m deal for religious orders.
Religious groups have agreed to contribute €54.5m in cash, €10m for counselling services and €63.5m in property transfers.
EDITED BY Sotto Voce