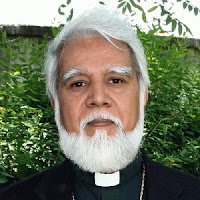 Pope Benedict XVI on Wednesday appointed Joseph Coutts as archbishop of Karachi, the Pakistani sprawling southern port city where Christians have been the target of religious violence, the Vatican announced.
He succeeds Evarist Pinto, who resigned after reaching the age limit of 75 years old.

The late Pope John Paul II in 1998 appointed Coutts Bishop of Faisalabad, an industrial city in the centre of Pakistan.

The Catholic University of Eichstatt-Ingolstadt in Germany awarded Coutts the 2007 Shalom Prize for his commitment to interfaith dialogue in Pakistan. Coutts says he has received death threats from Muslim extremists his work.

As Karachi's archbishop, Coutts, 66, will oversee the 150,000 Catholics and 40 priests in Pakistan's largest city where almost all of the metropolis' 15 million people are Muslim.

The Vatican has spoken out against persecution of Pakistan's religious minorities, with particular emphasis on Christians who have been raped and murdered, and some say jailed for their beliefs.

In 2009, an 11-year-old boy in Karachi died after being shot in the head and others were killed and injured at the hands of armed gangs who demanded them to convert to Islam.

Pakistan's blasphemy laws have criticised for being used as a tool to persecute non-Muslims by jailing them for allegedly defaming Islam.