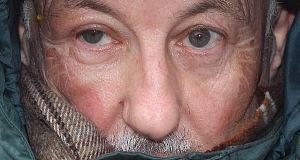 A former priest has been jailed for three years today after gardaí found evidence of 65,000 graphic images of children on his laptop. Oliver O’Grady, who used to live at Charlemont House in Dublin 2, admitted three counts of possession of child pornography, after leaving his computer on a flight from Amsterdam. He was sentenced at Dublin Circuit Criminal Court. Oliver O'Grady was a priest in the US for 30 years before being convicted of abusing two children in California. After serving a seven-year sentence, he was laicised by the church and deported from America. The 66-year-old returned to live in Ireland and was flying from Amsterdam to Dublin in 2010 when he left a laptop on his flight containing graphic images of children. Gardaí traced him to a hostel in Dublin, where they found thousands more photos, videos and audio of child porn, stored on hard drives and usb keys. The judge at Dublin Circuit Court jailed O'Grady for three years, saying the former priest, described as socially isolated, seemed to have a serious problem, and his time in American prison had not rehabilitated him.
EDITED BY CW Team