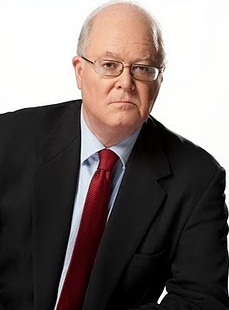 Bill Donohue, the head of the pedophile priests supporting Catholic League, in an attempt to deflect attention from the regular, serious, and unresolved sexual transgressions, sexual assault, and child rape within the Catholic Church, pointed the finger at Orthodox Jewish Rabbis, saying, “[t]he most serious cases of the sexual abuse of minors currently taking place are among Orthodox Jewish rabbis in Brooklyn.”

Donohue, proving the ludicrousness of the existence and purpose of his entire organization, lambasted Jay Leno for a joke he made about an L.A. Bishop who recently resigned after revealing he had fathered two children.
Donohue claims also that Leno has “a long track record of bashing Catholicism.”
So, rather than work to fix the root causes of systemic and felonious issues within the Church, Donohue chooses instead to attacks its critics, hoping, praying that no one will notice the Catholic Church’s role and reputation in America is rapidly diminishing, even among America’s Catholics.
Jay Leno, according to the Catholic League, Thursday said, “I thought bishops could only move diagonally. I didn’t know they could move up and down.”

When making these remarks, Leno gestured with his hands, waving them side to side, and then up and down.

Leno went on to say, “Isn’t it amazing the bishop of L.A. confessed to fathering two children? But, hey, he didn’t use birth control, so at least he followed the church rules. Ya gotta give him credit for that.”

“The most serious cases of the sexual abuse of minors currently taking place are among Orthodox Jewish rabbis in Brooklyn, yet Leno would never tell a joke at their expense,” Donohue said in a statement.

“The rate of HIV/AIDS among homosexuals is 50 times higher than in the rest of the population, yet Leno would never tell a joke at their expense. [Note: making such jokes would be equally offensive.] But if there is one wayward Catholic clergyman, it’s not only acceptable to ridicule him, it’s okay to mock the teachings of the Catholic Church.”

(The disclaimer above is Donohue’s, not ours.)

Donohue offered no proof of his allegations, nor did he offer any compassion, help, or hope for any victims, regardless of religious affiliation.

Donohue, who earlier this month claimed that rape victims of the Catholic Church’s pedophile priests are “professional victims,” and “a pitiful bunch of malcontents” unable to move on, apparently is learning that we’re watching his every word. In the past, Donohue would not have inserted the HIV/AIDS disclaimer.

In fact, just two months ago, Donohue called AIDS a “self-inflicted wound,” claiming that if “homosexuals” followed the teachings of the Church they would not “self-destruct.”

But Donohue’s default position of trying to point the finger elsewhere is offensive and misguided.

No doubt there are child abuse problems in the Jewish community also, but Donohue neither works for the Jewish community, nor the Islamic community, nor any other community.
If Donohue spent his time working to prevent abuse, working to help victims of child rape by the Catholic Church — rather than, say, assist Archbishop Dolan to bash 16-year old abuse victims — then perhaps he would be qualified to point fingers and call his organization the “Catholic League.”

Because right now, it’s merely a league of one extraordinary bigot.
EDITED BY Sotto Voce