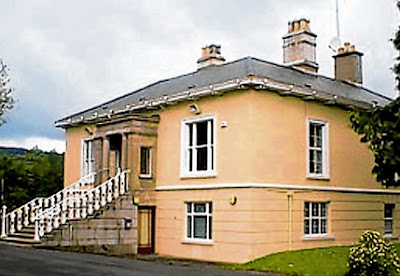 ONE ASPECT of the Dublin Archdiocese report which has so far received relatively little attention is its criticism of the Granada Institute.

Perceived as independent, this body provides the courts with risk analysis as to how likely particular abusers are to reoffend.

However, the Dublin report makes it clear that the Granada Institute is in fact run by the Catholic Church in the form of the Hospitaller Order of John of God, which the report informs us is a church authority.

It should be remembered that the St John of God order is one of the 18 congregations involved in residential childcare and party to the church-State deal on compensating survivors of institutional child abuse.

The Granada Institute itself was founded in 1994, and named after the Spanish city where the order’s founder lived and worked. It is best known for treating child abusers, and it works in partnership with the Health Service Executive (HSE), the Department of Justice and a wide variety of other services.

The Dublin report, however, raises worrying questions about Granada in respect of its approach to a number of the priests which the Murphy commission examined.

The most serious involves the case of Fr Terentius, who admitted abusing six boys starting in 1960. According to the commission, his therapist was of the view that there were probably “loads of victims”.

In 2001, Terentius was sent to the Granada Institute for assessment. This was an important process in which Granada would pronounce on whether or not a priest could continue in normal parish work.

The Dublin report states that the Granada report on Terentius was “seriously deficient in many respects”.

For instance, Granada “states that two allegations of sexual abuse were made but that he [Terentius] had not admitted to any others – this is not true; he had admitted to several incidents involving six boys”.

The Granada report then went on to state that the two allegations referred to above concerned boys aged 17 at the time. The Murphy commission states that “this is untrue, they were aged 13/14. Granada told the commission that this information was reported by the priest and that the assessment was based ‘on the assumption that the ages of the victims ranged between 13 years to over 16 years’.”

The Dublin report adds that it does not know on what basis Granada was able to conclude that Terentius had successfully completed a treatment programme for sex abusers in 1996, as it (Granada) had neither seen nor asked to see the full report concerning such treatment. The final assessment from Granada was that Terentius was at a low risk of reoffending.

While the Murphy commission does not dispute this conclusion per se, it does state that the assessment carried out by Granada was “at best questionable”, adding that it is “very concerned” that it did not “take account of the full facts”.

Another case concerns the extraordinary exploits of Fr Laurentius. The Dublin report describes him as “a promiscuous man who has had numerous sexual relationships with women in all of the countries and areas in which he ministered”.

Laurentius claimed that all his liaisons were with adults. The Murphy commission describes his detailed list of “sexual conquests” as “astonishing”. However, the report also informs us that there are two complaints of abuse from “named underage girls in Ireland”.

The Granada Institute assessed Laurentius and decided he was not a child abuser. The Dublin report states “the commission finds it very difficult to understand how Granada can categorically state that Fr Laurentius was not involved in child sexual abuse when there is evidence that he admitted to such abuse while in Jemez Springs ”.

And then there is the case of Fr Noel Reynolds, who admitted in 1999 to gardaí that he abused over 100 children and even handed up to them the crucifix which he had used in the process. But barely a year previously, the then director of the Granada Institute, Dr Patrick Walsh, had stated that Reynolds “posed no threat to children”.

In this regard, it is certainly acknowledged that paedophiles are devious and untruthful.

However, it is the job of experts such as are to be found in the Granada Institute to see through these deceptions, particularly where the safety of children is concerned.

On the basis of the concerns about the Granada Institute raised in the Dublin report, it is clear that serious questions arise.

It seems, at the very least, that the HSE should now immediately engage in a thorough and transparent review of Granada’s activities, reports and assessments over the past 15 years.

Equally, the courts should begin the process of examining the sentencing in each case in which an assessment from the Granada Institute was involved.