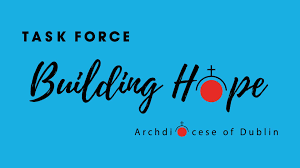 Due to the aging clergy and lack of new admissions into the seminary, the Catholic archdiocese of Dublin is bringing in new measures, including appointing priests to oversee multiple parishes and sharing assets volunteers and finances. They may even allow lay members of the church to preside over funerals.

There are 207 parishes in the Archdiocese of Dublin. Reports show that since February 2020 34 priests have died. Only one student entered the seminary during that time to train as a Catholic priest. While sharing parishes may be a solution now the archdiocese has warned that this is just a stopgap that would solve the problem for perhaps five or 10 years.

Father Aquinas Duffy the parish priest of Cabinteely, who also works across up to 15 parishes in the Bray Deanery, in Dublin, spoke to the Irish Independent about the Archdiocese's lack of priests.

“Anybody who works in parishes can see the structures are collapsing around us. We are at a crossroads. The time for talk is over – concrete action needs to be taken," Fr Duffy said.

Fr Duffy said that due to this crisis parishes could rely increasingly on lay-led liturgies. He said even now parish priests could perform 500 funerals per year in two parishes.

"There is no way one priest can do 500 funerals the way we do them now. So we have to go down the road of lay people being trained to lead funeral services and burials."

He added, “People will get very upset by that and will give out, but that is the reality of the situation that is about to hit parishes...

“I think it is a shock still to people. There are a lot of lay people and priests who are still in denial about the reality of the situation that we are in.

“This crisis has been coming for many years, but Covid has pushed us further over the cliff. The crossroads we are at now will determine the future of the Catholic Church in Ireland.”

As the reality begins to hit home, Fr Duffy said that Catholic Church at a higher level will be forced to face deeper questions.

Fr Duffy asked "Who is going to provide the Eucharist in the future? We have to try and find solutions.

"If we don’t consider issues like women priests and married clergy, we are only fooling ourselves. If we miss this opportunity now, it is a decision to let it all collapse.”

Speaking in April 2021 at the launch of "Building Hope" Archbishop Dermot Farrell said the new task force and their findings would “prepare an approach to a pastoral strategy” that supports parishes to undertake a “radical renewal”, and that will allow communities of faith to look to the “future with creativity”, the Irish Catholic reports.

Dr. Farrell said “I want the task force to stimulate reflection and creative thinking across the whole community, in parishes and in organizations committed to the well-being of the people, to guide a process of dialogue which will continue as we develop and implement our plans for the future.

“To assist the task force, I am also establishinhttps://www.irishcentral.com/topic/dubling an expert panel in the areas of the economic, social and pastoral situation in Dublin, and the trends which will shape our situation over the next 25 years. Their advice will help us to consider the views and priorities of the many organizations delivering services to the people of Dublin,” Archbishop Farrell said.

He added “There is an urgency, and this cannot be an endless process,” he said, continuing, “It will give us all a basis for moving forward together with hope, confident that the Spirit is with those who respond to the call to follow the one who is the Lord of tomorrow as well as today”.