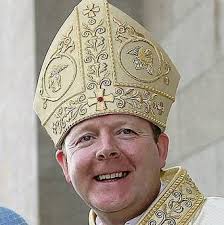 The Archbishop of Armagh, Archbishop Eamon Martin, has written to the Northern Ireland Equality Commission seeking its advice and comment over the refusal of the Belfast Telegraph newspaper to publish, as a paid advertisement, the recent statement of the Catholic Northern Bishops in advance of the NI Assembly elections on 2 May 2022.  Despite having accepted full payment for the requested statement to be published as an advertisement, the newspaper would not publish the statement unless the bishops made changes to their comments on abortion.  The bishops refused to accept this, withdrew their request and asked for their money back.  The bishops are now seeking advice over the implications of the newspaper’s decision for the right to religious freedom and equality of treatment for people of faith when accessing services from a commercial organisation.

As details of the letter to the Equality Commission were made public, Archbishop Martin commented, “A commercial newspaper, the Belfast Telegraph, accepted full payment for a service it is obliged to make available to all, on the basis of equal access and equal respect for their religious view.  Our advertisement contained the established and widely published position of the Catholic Church on a range of issues.  But the paper subsequently refused to publish the advertisement unless the bishops changed what they said about abortion, to the satisfaction of the editor.  The refusal to carry the advertisement raises fundamental questions about the equal access of religious groups and people of faith to such commercial services.”

Noting that that another newspaper, The Irish News, carried the advertisement without amendment, Archbishop Martin continued, “From our point of view the situation is a fairly straightforward case of a religious organisation having been refused a commercial service, after payment had been taken, unless the religious organisation was willing to change how its religious message was expressed.  We believe it would be helpful for all parties, as well as for other faith groups who may wish to seek a similar commercial service in the future, for us to seek clarification and advice from the Equality Commission for Northern Ireland and others about the situation that has arisen.  We will consider our next steps when we have received this advice.”