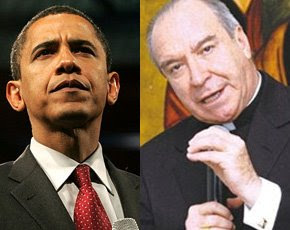 The cardinal said it was a “political contradiction” that the new American president “would decide to leave Iraq, where so many people have died, and now give an incentive to death in the United States and the world.”

“Mr. Barack Obama is radically mistaken, so I hope he has the time and the chance to reflect that this is not the way to begin the moral reconstruction of the United States,” he added.

“The United States,” the Archbishop of Santo Domingo said, “is not going to benefit at all from this measure, what he (Obama) is doing is bringing down the country’s morality even more.”

The cardinal said the decision would have “dramatic consequences” for the Dominican Republic, because “in our country there are many institutions dedicated to promoting abortion and killing children” that will now receive American dollars.

He called on Dominicans to work “to provide our children with healthy environments, a place where they can live in peace and that they can be welcomed by a society that can educate them.”