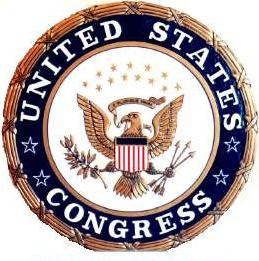 Four U.S. Congressmen introduced legislation on Wednesday in an attempt to reinstate the Mexico City Policy, which was overturned by President Obama on January 23.

According to a press release from Reps. Smith and Sensenbrenner, the federal funding restrictions establish a “wall of separation” between abortion and family planning.

The Mexico City Policy, which was introduced by former President Reagan in 1984, prevents federal funds from going to overseas groups that promote or perform abortions.

“One of President Barrack Obama’s first acts in office was to issue an executive order to allow U.S. taxpayer money to flow to groups that perform abortions or actively work to overturn pro-life laws all over the world,” said Rep. Smith. “It’s a sad statement about his list of priorities. With Americans facing an economic crisis the likes of which we’ve not seen in generations, he chooses to enact a policy that will redirect funds to foreign organizations promoting and conducting abortions.”

Rep. Smith argued that the Mexico City Policy represents “common ground” and prevents funding “radical groups” who are “intent on spreading the scourge of abortion.”

He charged that the president’s reversal of the policy would fund programs that have “little or no regard" for the sovereignty of democratic nations that oppose abortion as a means of family planning.

“With one swift stroke of his pen, our new President gave the green light for the execution of thousands of pre-born children whose parents will find it easier to deny them the right to enter this world. I can think of no clearer signal to illustrate our changing times, and highlight the fact that after 14 years of relatively easy times, we pro-lifers now face a huge challenge in our cause to protect the life of the innocent unborn children who have no voice but ours to speak out for their survival.”

The congressman argued that President Obama must resist funding groups that “export” abortion as a method of family planning if he is truly interested in reducing the number of abortions.

A Senate amendment to the Children's Health Insurance Program Reauthorization Act of 2009 had also been reintroduced in an effort to restore the Mexico City Policy. The amendment was defeated by 60-37 in a Wednesday vote.

Sen. Bob Casey (D-PA), reputed to be a pro-life Democrat, voted against the amendment. Sen. Ben Nelson (D-NE) was the only Democrat who voted in favor of the measure.