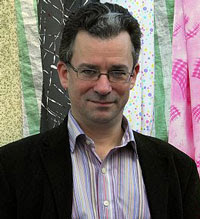 An ex-spokesman for the Catholic Church has renewed his libel claim against a UK newspaper.

Austen Ivereigh alleges that he was the subject of a defamatory article printed in the Daily Mail in June 2006.

The 43-year-old, whose first trial of action concerning the issue ended with no verdict after the jury could not agree, is fighting the case again at the high court, the Press Gazette reports.

Mr Ivereigh, the former director of publicity for Cardinal Cormac Murphy-O'Connor, said he has been left in "limbo" with his reputation in "tatters" since the article appeared.

The Daily Mail article concerned an abortion had by a girlfriend of Mr Ivereigh while he was at university at Oxford two decades ago.

According to the story, the girl would not have had an abortion if she had received financial support from Mr Ivereigh.