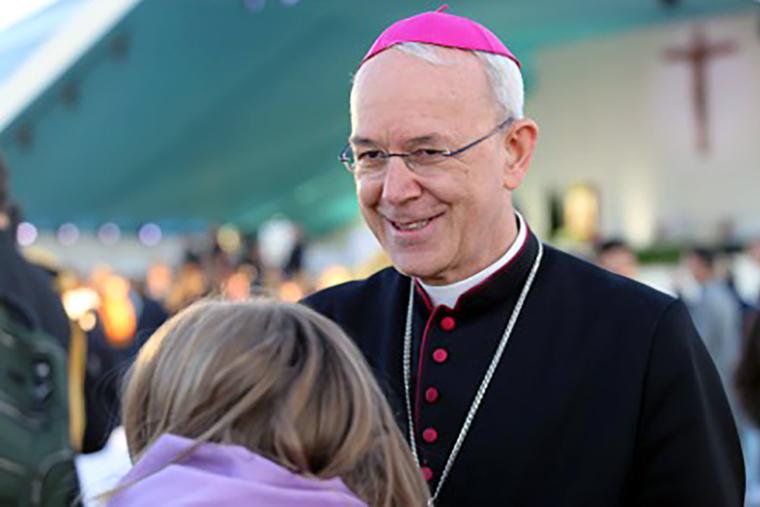 A large interreligious conference Pope Francis attended in Kazakhstan this week had the welcome aim of promoting peace and harmony, but also risked giving the impression of a “supermarket of religions” that relativizes the one true religion of the Catholic Church, Bishop Athanasius Schneider has said.

The auxiliary bishop of Astana, Kazakhstan, who took part in the Pope’s Sept. 13-15 visit to the Central Asian country, said the meeting’s aim, to promote harmony and peace, was “good,” but added “there is also a danger that we the Catholic Church should not appear simply as one of the many religions.”

“We’re not one of the many religions, we’re the only one true religion which God commanded to all people to believe,” Bishop Schneider told EWTN’s Alexey Gotovskiy in Nur-Sultan, the nation’s capital. “There is no other way to salvation.”

In his comments to Gotovskiy, Bishop Schneider voiced his concern that when Church leaders take part in such events, they are giving the impression that the Church belongs to “a supermarket of religions — everyone is there and you can choose what you want. But Jesus Christ is not in the supermarket of religions. He is the only one [true God].”

He advocated finding ways to improve such meetings, and recommended it would be better to have local meetings on a “human level,” thereby mitigating “the danger of relativism, indifferentism and syncretism.”

Bishop Schneider voiced similar concerns in his 2019 bestselling book Christus Vincit: Christ’s Triumph Over the Darkness of the Age. He told the journalist Diane Montagna that by not preaching the truth of Christ clearly to members of other religions, he believed clerics today were committing a “great sin of omission.”

Since the Second Vatican Council, he continued, interreligious dialogue has created the impression that all people are “traveling on parallel tracks to the same God and will all reach the same end,” but he believed that was a “betrayal of the Gospel.” If the Apostles had used that method, he said, “they would not have converted so many people to Christ” and would have died “not as martyrs but in their beds.”

During the congress, the Pope, who was seated alongside other religious leaders as one among the many others, shared with them his hope that the meeting would lead to a “fraternal” pathway toward peace built on “respect, sincere dialogue, respect for the inviolable dignity of each human being and mutual cooperation.”

“Religions remind us that we are creatures; we are not omnipotent, but men and women journeying towards the same heavenly goal,” he told the participants in a keynote address on Wednesday. In concluding comments to the congress the following day, he urged all religions and societies to involve women and young people in the quest for world peace.

Bishop Schneider has publicly criticized the Pope in the past, but he told reporters in Nur-Sultan Sept. 15 while waiting for Pope Francis to arrive at Our Lady of Perpetual Help Cathedral for a meeting of bishops, clergy, religious and laity, that such criticism is an expression of “collegiality” and helpful for the Church.

“We are not employees of the Pope, the bishops. We are brothers,” he said, according to Reuters. “When in good conscience I feel that something is not correct or ambiguous I have to say it to him, with respect, fraternally.”

Bishops who disagree with the Pope have to be forthright, he continued, and should not be caught in “adulations and incense” or “behave like an employee to a boss,” Reuters reported.

Pope Francis has said in the past that he welcomes such “constructive criticism,” and is known to value frankness and honesty among his friends and associates, but he has criticized “those who smile while stabbing you in the back.”