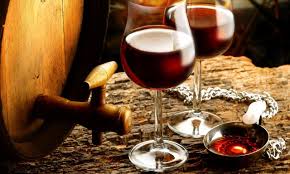 “From the Song of Songs to the Wedding at Cana, from the Benedictine monks of Burgundy to the birth of Barolo. From wine as an emblem of rural life to a symbol of celebration. A journey, between aromas and flavors, anecdotes and curiosities.”

This is the description of a four-part wine tasting series that the Vicariate of Rome’s Office of Pastoral Care of Leisure Time, Tourism, and Sport is offering throughout October and November.

Previous editions of the event “The vine and the branches,” had great success, but it was cancelled for the past two years due to the COVID-19 pandemic. The event is returning to the Diocese of Rome this fall with a cycle of four lessons about wine based on scripture, history, and art.

The meetings this year will be held in the Trieste quarter of Rome, at the San Saturnino parish on Via Avigliana, on alternate Thursdays at 8 p.m.

The first lesson will take place Oct. 6, and will explore the verse from the Book of Isaiah, “the Lord of hosts will make for all peoples a feast of fat things.”

The lessons will delve into ancient oenology and study the Abbey of Cluny, widely considered a place of symbolic importance in European winemaking history. Excerpts from Song of Songs will also be studied during the lesson, and the wines tasted will include the Georgian Saperavi red and a Pinot Noir.

On Oct. 20, an analysis will be made of the passage in the Gospel of John from which the course gets its name, “I am the vine, and you are the branches.”

That course will focus on the figure of Marquise Juliette Colbert, a Frenchwoman, a Servant of God, and philanthropist who moved to the Italian Piedmont and who was known for her works of charity, and for founding two religious orders.

She is also credited, among other things, with developing the modern form of the Barolo wine from Piedmont, considered one of the finest Italian reds on offer today.

As the story goes, Colbert, whose husband Carlo Tancredi Falletti di Barolo was a nobleman with French roots, devoted much of her life after marriage to charity, but she also overhauled their estate’s vineyards, which annually produced a Nebbiolo red, but used a poor aging and storage process.

Thanks to Colbert’s intervention, and her knowledge of French wines, a local enologist named Paolo Francesco Staglienò came aboard and he changed the production method, transforming the wine from sweet and sparkling to dry and aromatic.

This new wine reportedly took the name “Barolo” in 1843 and drew the attention of local noblemen, one of whom, the Count of Cavour, was so impressed that he converted his cellars for its production throughout the region. It is now a staple of fine dining and a customary high-end offering.

This version of history crediting Colbert and her husband for the Barolo’s development, despite its prominence, has been challenged by some wine critics, but as the Italians say, se non e’ vero, e’ ben trovato, roughly translating as, “if it’s not true, at least it sounds nice.”

During this lesson, in addition to Barolo, a white Arneis will also be tasted.

The next course will take place Nov. 3, and will be dedicated to the theme of wine in art.

The course will close Nov. 17 with the biblical story of the Wedding at Cana, recounted in the second chapter of the Gospel of John, and the tasting of two spumante, a champagne and a Moscato d’Asti – a sweet, bubbly after-dinner wine.

Participants in the course must pay a fee of 150 euro for entry to cover the costs of the wine tastings, description cards, snacks, and a course certificate, as well as a personalized ceramic coaster.