Church to begin moving preparation for sacraments out of classroom 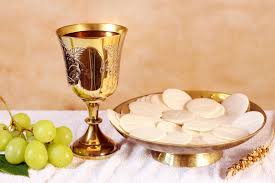 Ireland's largest diocese is to proceed with plans to strip back First Holy Communion ceremonies, making them more parish-based and reducing school involvement.

But there are concerns that the dwindling number of priests will make it difficult for some parishes to shoulder the burden.

Many families and priests across the country welcomed the smaller and more intimate ceremonies brought about by COVID restrictions.

In Cork, parishes have been moving away from traditional ceremonies for several years, while in Galway, services have focused on the spiritual and liturgical message, rather than the 'fake tan, big hair and bouncy castles'.

However, at a time of decreased priest numbers and combined parishes, reducing school involvement will prove a challenge.

The archdiocese of Dublin has been working for four years to move the focus of sacramental preparations away from schools to a family-centred model.

Archbishop Dermot Farrell announced a new policy statement for the sacraments of initiation, which he said followed a consultation with 1,800 people, as well as the pandemic experience.

He said: 'In this deeper engagement it became clear new patterns were emerging that could strengthen the partnership between family, parish and school.

'Foundational to these new patterns were direct registration of families with the parish for sacraments, smaller group celebrations and engagement with parents in a family-friendly way.'

The policy said sacraments should 'be viewed as moments in a continuous relationship rather than stand-alone events'.

It said parents should be encouraged to associate the sacraments with the parish by directly registering with their parish.

It also noted that parents appreciated 'smaller, informal, conversational interaction in preparing to celebrate sacraments and in accompanying their children'.

'The archdiocese had noted in a survey in 2021 that 'smallscale, simple, parish-organised liturgies connected people and parish much better than large-scale and highly organised ones'.

But Dublin priest Fr Aquinas Duffy, of Cabinteely parish, told the Irish Daily Mail that he had doubts over whether a decreasing number of priests would be able to shoulder the additional responsibility.

He said: 'At the moment, the school is often the one organising everything. There is a plan for parishes now to have their own registration form, so parents deal directly with the parish. Part of it is a move away from the idea that every child has a job on the day and is involved in school choirs, readings etc… and that is fine in more rural areas where a priest may have just ten children or so.

'In my case, I could have 120 children for First Holy Communion, and I know another priest in the diocese who has more than 600 children.

'While it is lovely to have smaller ceremonies, it is quite demanding in a busy parish. I had to do multiple ceremonies during Covid, and I was very grateful for the school's involvement in organising it.

'When you are moving into a situation where one priest has multiple parishes, I don't think we are ready yet to take on full responsibility for Holy Communions.'

Fr Diarmuid Hogan, parish priest in Oranmore, Co. Galway, said the pandemic had already stripped ceremonies back to a stronger focus on the true meaning of the celebration of a First Holy Communion.

He added: 'Now people are asking, do we really want to go back to all that stuff which happens with a traditional Communion or Confirmation, when you have all the drama and bouncy castles?'

'Personally, I think that it is a rite of passage, and in some places the rite of passage aspect takes precedence over the liturgical and spiritual nature of a first communion.

'Clearly the Church should not come out against the panoply of fake tan, big hair and bouncy castles which we see in some areas, particularly along the east coast, but we can say they are not necessary or intrinsic to anything on the day.'