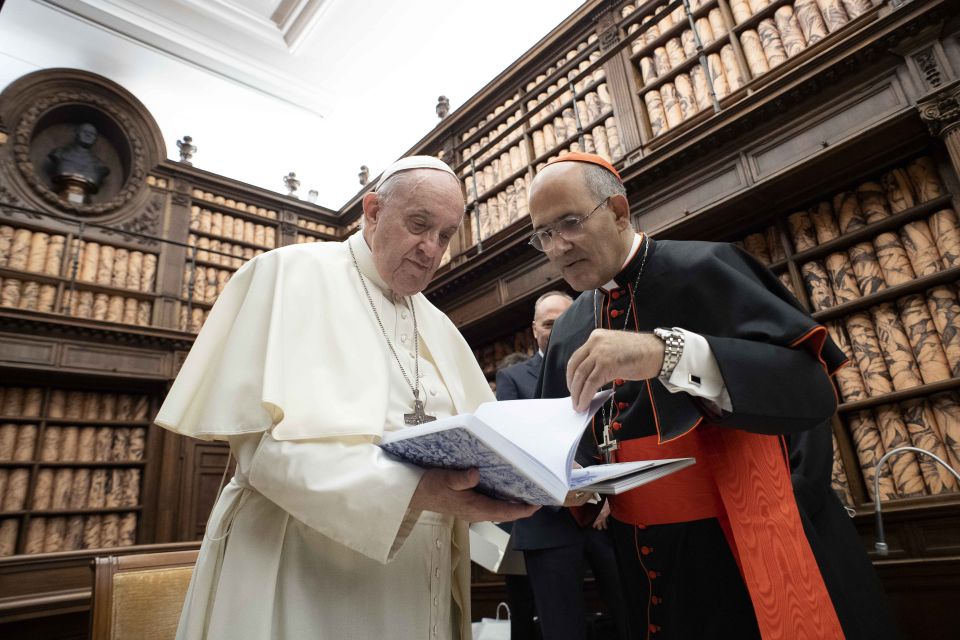 Pope Francis on Sept. 26 named Portuguese Cardinal José Tolentino de Mendonça to head the newly formed Dicastery for Culture and Education. His nomination is the first major appointment since the Vatican's new constitution took effect in June, likely setting into motion a series of forthcoming leadership changes in the Vatican's central bureaucracy.

The Portuguese cardinal, who is both a poet and theologian, had been the head of the Vatican Library since 2018. He was made a cardinal by Francis in 2019.

Previously, he served as the first director of the National Secretariat of the Pastoral Care of Culture from 2004 to 2014, a program of the Portuguese Catholic bishops' conference. From 2011 to 2018, Tolentino was a consultor to the Vatican's Pontifical Council for Culture, and in February 2020, he became a full member.

In July, he was also named as a member of the Dicastery for Bishops, the Vatican office tasked with advising the pontiff on which Catholic priests to appoint as bishops across the world.

Italian Msgr. Giovanni Cesare Pagazzi, a professor at the John Paul II Pontifical Theological Institute for Marriage and Family Sciences in Rome, will serve as his deputy. Pagazzi, 57, is also consultor to the Dicastery for the Doctrine of the Faith.

In June 2019, the Vatican's education office released a controversial document during Pride month that blasted modern gender theory, claiming that it seeks to "annihilate the concept of 'nature'" and questioned the intentions of those who identify as intersex and transgender.

Archbishop Angelo Vincenzo Zani, who previously served as secretary of the Congregation for Education, will succeed Tolentino as head of the Vatican archives and library.

Zani, a 72-year-old Italian prelate, has also served in the Roman curia as consultors to the Dicastery for the Doctrine of the Faith and the Dicastery for Institutes of Consecrated Life and Societies of Apostolic Life.

Several other major Vatican departments are led by individuals over the traditional retirement age of 75 and have served past their 5-year mandates, including Spanish Cardinal Luis Ladaria of the Dicastery for the Doctrine of the Faith and Canadian Cardinal Marc Ouellet of the Dicastery for Bishops.

Francis met with both Ladaria and Ouellet on Sept. 26, but no personnel changes have yet been announced for their respective offices.