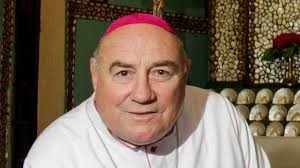 Bishop Saunders stood aside as Bishop of Broome in March 2020 after media reports that Western Australia Police had begun an investigation into allegations of sexual misconduct. He strongly denies the allegations.

At the conclusion of its investigation, Western Australia Police confirmed that no charges would be brought against Bishop Saunders.

Bishop Saunders later tendered his resignation to Pope Francis, which was accepted in August 2021.

A letter being read at Masses in the Diocese of Broome this weekend, signed by Apostolic Administrator Bishop Michael Morrisey and Archbishop Coleridge, says the Church investigation “could not happen” until the police inquiries ended.

However, the Vatican’s Dicastery for the Doctrine of the Faith “has granted an extension beyond the normal three months for such an investigation”, the letter explains.

Archbishop Coleridge, who has appointed a group of qualified persons to conduct the investigation, has also issued a decree stipulating that Bishop Saunders is to reside outside the Diocese of Broome “for the duration of the investigation”.

The public announcement of the investigation coincides with the time when the first Masses celebrated this weekend in the Diocese of Broome would commence.

“The Church’s protocols, particularly those enshrined in Pope Francis’ document Vos Estis Lux Mundi, mean the outcome of a police investigation does not prevent the Church from conducting its own inquiry,” Archbishop Coleridge said.