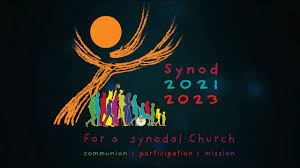 The close of the first consultative phase of the 2023 Synod on Synodality on Aug. 15 has generated protests from a number of Catholic faithful and leaders in Europe, who assert that their views were not taken into consideration during this initial round of synodal discussions.

Initiated last fall, the so-called “diocesan phase” laid the groundwork for the rest of the two-year process that will culminate in the Synod of Bishops in October 2023. It consisted of popular consultations conducted by dioceses around the world, resulting in the assembly of national syntheses sent to Rome during the summer of 2022.

While open letters and articles questioning the validity of the methodology applied to this first phase are multiplying in Europe, synod officials have offered assurances that the Holy Spirit expresses himself even in imperfect processes and that the second phase of the synod is intended to remedy any inaccuracies and limits of the diocesan phase.

The main criticism surrounding the diocesan phase is the inadequacy of certain national syntheses with respect to concrete parish realities and the aspirations of the faithful. These reproaches were mainly formulated by young people from Western European countries, with commenters saying they did not identify themselves with the contents of the documents that their Church leaders sent to Rome, which in many cases called for radical changes in doctrines.

Open letters gathering hundreds of signatures of young people were recently released in Belgium, Ireland and Portugal, three countries whose national syntheses stood out for their claims calling for the ordination of women to the priesthood, optional celibacy or a change of doctrine regarding homosexual and transgender people.

The letters highlight the fact that the local Catholic youth were not consulted in the process.

“When I read the Synodal Steering Committee recommendations, I was disheartened,” Peadar Hand, one of the signatories of the Irish open letter, told the Register. “The recommendations therein seemed to be what is thought that young Catholics want, rather than what we actually love about our faith and the Church. I can’t speak for all the faithful of Ireland, but I am a young Catholic, and among all the young Catholics I know, there is no desire to change in the ways that the Synodal Steering Committee suggests.”

The question of the representativeness was also raised for dioceses calling for major doctrinal changes relying on low participation, as in the Archdiocese of Luxembourg, whose participation rate of baptized Catholics was estimated at approximately 1%.

In Portugal, the fact that the national synthesis didn’t faithfully reflect the substance of local diocesan consultations was repeatedly denounced, prompting two priests to rewrite the final text in a manner that they judged was a more accurate synthesis of the discussions in each Portuguese diocese.

Father Mendo Ataíde, parochial vicar of the Diocese of Cascais in Portugal, said the way in which the diocesan discussions were led had a significant influence on the tone of his country’s national synthesis.

“The national report acknowledges that the questions were too complex,” Father Ataíde told the Register, adding that they had, in his view, a too sociological approach. “Many Portuguese priests are very dissatisfied, sad and shocked at the report of the Bishops’ Conference, because, through worldly terms such as ‘LGBTQi+’ and references to struggles between social and sexual groups, it conveys an ideological vision that has little regard and respect for the faith that has been transmitted to us,” he said.

This term “LGBTQi+,” which does not conform with Catholic anthropology with respect to human sexuality, also appears twice in the survey produced by the Vatican’s Dicastery for Communication and sent to Catholic influencers to encourage youth participation. The questionnaire, whose responses were also sent to Rome, directly asked respondents whether they think the Church should do more for members of the “LGBTQi+” community.

In Ireland, Bishop Alphonsus Cullinan of Waterford and Lismore warned against the temptation to “giving in to current trends,” regretting the lack of space given in diocesan consultations to the central issues of the Christian faith, which he identified as evangelization, supporting family life and protection of “the poor, the unborn, the elderly, the refugee and the homeless.”

“A number of things emerge from the Synthesis which challenge Church teaching which she has held since the beginning,” Bishop Cullinan noted, and the synthesis “also reveals an attitude toward what could be termed ‘traditional’ faith which is mildly dismissive.”

“I have no doubt that the Holy Spirit was in the synodal process, but maybe more in the gaps than in the utterances,” he wrote.

The profile of the participants in the European dioceses that have called for the most extensive doctrinal changes in the Church was another sticking point. Indeed, several reports indicate that Catholics with little or no practice of their faith made up a significant proportion of the votes cast, which may have had a considerable impact on the direction of the documents sent to Rome.

Speaking with the Register, Father Miroslaw Tykfer, responsible for the synodal process in Poznań in Poland, noted how his archdiocese — whose report stood out nationwide for its more sociological and progressive overtones — is also one of the only ones there to have consulted people far from the faith.

“We were also struck by the participation of nonbelievers who felt concerned, happily surprised to discover a Church that welcomed the word of all,” he told the Register, while adding that these participants remained a marginal component of those who participated.

“It should also be noted that many Christians, linked to associations or movements, took advantage of the opportunity to make their voice heard,” he said.

However, just like in Spain, Ireland and Belgium, the 20- to 45-year-old generation was virtually absent from diocesan discussions in France. Bishop Joly said this was because many in this age group already participated in the recent Synod on Young People and did not always bother to participate in a new consultation. He also drew a parallel with the growing disinterest of this same generation in politics.

Implications for the Next Stages

At the Vatican, the criticisms and protests have not decreased the confidence in the synodal process among synod officials, who say they are encouraged by the quantity of summaries received from almost all the episcopal conferences in the world.

Questioned by the Register about the legitimacy of the fruits of the first synodal phase, in the absence of representation of all the perspectives of the Church, Sister Nathalie Becquart, undersecretary of the Synod of Bishops, underlined that it remains a global process. Certain categories that were not taken into account in certain regions of the world were much more represented elsewhere, she said.

“What the Holy Spirit tells the Church can be said in many ways, including through an imperfect process, and we expect a form of confluence on what the Holy Spirit will want to say through all the syntheses of the world,” she said, adding that the openness toward people away from the faith echoes Pope Francis’ request for the preparatory phase of the 2018 Synod on Young People.

Mentioning the Aug. 26 press conference at the Vatican during which Cardinal Jean-Claude Hollerich, the archbishop of Luxembourg who is serving as the Synod on Synodality’s relator general, affirmed that he had “no personal agenda” and that he “fully believed in the tradition of the Church,” Sister Nathalie said that the second stage of the synodal process, the so-called “continental phase” is meant to analyze the content of the syntheses to determine whether it accurately reflects the voice of the People of God or if there are things to nuance or complete. “This phase is meant to pursue listening and dialogue; those who could not make their voice heard can still do so,” she added.

Concern over Cardinal Hollerich’s potential biases was generated by his comments earlier in this year that Church teaching regarding homosexuality is “false” and not founded in science.

The continental phase, which will run until March 2023, will bring together experts from the five continents to develop a document based on the synodal discussions.

The group of experts will be much wider than usual, as indicated at the Vatican press conference by Cardinal Mario Grech, secretary-general of the synod, and will gather more than 20 experts from around the world, consisting of priests, religious and university professors.

“Precisely because no one in the Church has the exclusive right to the truth, the consultation of the People of God demands discernment,” Cardinal Grech commented. “Nobody must feel excluded; nobody must suffer because his or her voice is not heard.”