'100 years of injustice': Survivors call for mother and baby home redress scheme to be extended 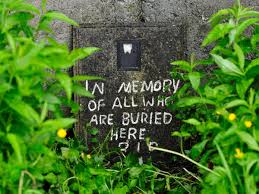 SURVIVORS OF MOTHER and baby homes and other institutions have called for the Government’s redress scheme to be extended to include all people who spent time in the system.

Several survivors and campaigners held a protest outside Leinster House in Dublin this afternoon.

In recent months there has been much criticism of the fact the planned scheme excludes people who were boarded out, a precursor to fostering, and those who spent less than six months in an institution as a child.

The United Nations Human Rights Committee and the Oireachtas Children’s Committee are among the high-profile groups calling for the scheme to be extended.

People who receive redress under the scheme will also have to sign a waiver saying they will not take future legal action against the State.

The UN Human Rights Committee and the Oireachtas Children’s Committee have also both called for this waiver to be scrapped, saying that survivors should be able to take legal action if they see fit.

As previously reported by The Journal, a number of survivors are considering legal action if they remain excluded from the scheme.

James Sugrue, co-organiser of today’s protest, was abused and neglected while boarded out as a child. He is among those excluded from the current scheme.

Speaking at today’s protest, Sugrue said: “It’s a day when all survivors of the State and Church should unite whether from mother and baby homes, industrial schools, Magdalene Laundries, county homes, boarded out, fostered or adopted.

“We have all experienced pain and suffering, violations of human rights, as a result of the State’s malpractice in the administration and supervision of the numerous State-run institutions.”

‘Some of the worst abuse’

Sugrue noted the Commission of Investigation into Mother and Baby Homes found that “some children who were boarded out experienced some of the worst abuse”.

Quoting Professor Conor O’Mahony, the former Special Rapporteur on Child Protection, Sugrue told the crowd: “The fact that it could cost a substantial sum of money is absolutely no defence.

“If you don’t want to compensate someone for violating that human rights, don’t violate violate their human rights in the first place.”

He added: “Violation of human rights could become a thorn in the side of this Government.”

Sugrue previously told The Journal that if the redress scheme is not extended to include all survivors, a new inquiry may need to be established to examine the experiences of people who were boarded out as children.

Also speaking at today’s protest, co-organiser David Kinsella said the scheme must be extended to include all people who passed through the mother and baby home system, regardless of how long they spent in an institution.

Kinsella, who spent his early years in St Patrick’s mother and baby institution in Dublin before being adopted, labelled the planned redress scheme as “despicable and miserly”.

“We need rightful justice for survivors and to stop treating survivors as second-class citizens. Let us move on with the years or months some may have left in life. Give us an appropriate redress package that includes everyone,” he said.

Survivors Peter Mulryan and Conrad Bryan and campaigner Anna Corrigan, whose two brothers may be buried at the site of the former mother and baby institution in Tuam in Co Galway, also spoke at today’s demonstration.

The Government has previously ruled out making changes to the redress scheme – saying it will cost about €800 million and cover up to 34,000 survivors.

The Bill is expected to pass in the Oireachtas in the coming months, but amendments may be made to the legislation before this happens.

‘Unlikely to be extended’

In a recent interview with The Journal, Children’s Minister Roderic O’Gorman told us: “All elements of what the UN have said are being looked at at the moment.”

He said the Government is “seeking legal advice” in terms of the waiver included in the redress scheme, on foot of the UN committee’s recommendation to remove it.

O’Gorman added that, as it stands, he doesn’t believe the current scheme will be extended.

“We wanted to bring forward a scheme that was non-adversarial,” the minister said.

“It is difficult to see how this scheme could be extended out, other than getting into individual assessments of people’s experiences.”

O’Gorman added that some people who were boarded out had positive experiences, but acknowledged that others did not.

“So the approach we’ve taken is to try and make access to the scheme for residents in the mother and baby institutions easy – that doesn’t transfer to the experience of those who are boarded out.

“But the scheme just doesn’t transfer in a way to the experiences, to the very different experiences, that those who were boarded out had,” the minister said.

The Commission into mother and baby homes included a chapter on the experiences of boarded out children, but it did examine this issue in detail.

Tens of thousands of children were boarded out in Ireland across several decades, in a system overseen by the State. Some of these children have reported being neglected and physically and sexually abused.

In the State apology to survivors of mother and baby homes and county homes on 13 January 2021, Taoiseach Micheál Martin apologised “for the profound generational wrong visited upon Irish mothers and their children who ended up in a Mother and Baby Home or a County Home”.

Martin noted that some children who were boarded out “experienced heartbreaking exploitation, neglect and abuse within the families and communities in which they were placed”.

“This was unforgivable. The sense of abandonment felt by many of these children is palpable in the witness accounts. The circumstances of their birth, the arrangements for their early care, the stigma they experienced and the continuing lack of birth information, is a terrible burden in their lives,” Martin added.

Sugrue previously told us that it makes no sense for the Government to say the State apology to survivors includes boarded out children but then exclude them from the redress scheme.

“In his apology Michéal Martin spoke about the treatment people suffered and the profound generational wrong that took place and how it shouldn’t have happened. But that apology does not include children like my brothers and I.

“We were sent to Killarney County Home, our mother abandoned us. We were at the mercy of the nuns and the State.

“Where is the redress for children taken out of homes and boarded out, or children who were there for less than six months? There is no redress for them.”