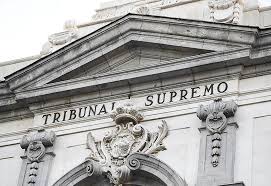 Spain’s Supreme Court on Tuesday upheld a 30-year prison sentence a lower court had imposed on a former priest for sexually abusing seven boys he taught at a seminary boarding school.

The court found that the abuse took place between 2013 and 2016 at the school in the south-central city of Ciudad Real. The victims were aged around 13 at the time.

During swimming lessons, the defendant played games with some of the boys, pulling them into the water by grabbing their genitals, the court said, and forced some of his victims to stand naked in front of him as a “test of trust.”

In 2016 a church court defrocked the priest after receiving complaints about his behavior, and referred him to civil courts. In 2020 he was convicted of sexual abuse and sentenced to 30 years in prison.

The former priest appealed to the Supreme Court, which on Tuesday upheld the earlier ruling, fined him 52,920 euros ($53,000) and ordered him to pay 2,000 euros in compensation to each victim.

An association representing victims of abuse by priests when they were minors, ANIR, welcomed the ruling.

“We don’t often see these long sentences. Previously, the Supreme Court had even reduced some sentences. Priests rarely go to jail in Spain. I hope (the decision) opens a path for this to become usual,” ANIR founder Ana Cuevas told the Associated Press.

Sexual abuse of minors by members of church institutions is a deep-rooted problem in traditionally Catholic Spain. The country’s ombudsman on Tuesday presented a preliminary report by a working group of experts appointed by Parliament to investigate such cases.

The group said that in its first two months of operation it examined complaints by 201 people, most of them men.