Will the Church in Russia speak out over attacks against gays? 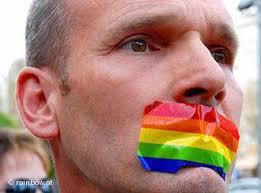 While Russia’s predominant Orthodox Church has long implicitly backed the campaign against homosexuals, smaller faith groups, including the Catholic Church, have said nothing against it and done little to help its victims.

On the verge of an urban roundabout, hemmed in by a battered fence, crop-haired youths brandishing baseball bats surround a young man in an orange T-shirt.

Moments later, the youngster lies gasping and pleading on the ground, as a thick knee is pressed to his neck and heavy boots kick at his torso.

The video bears the slick logo of Occupy Pedofilyaj, a Russian vigilante group, and is just one of dozens posted on the internet to frighten gays and lesbians.

They provide chilling images of the hardships facing homosexuals in Russia and neighbouring ex-Soviet republics, which have prompted calls for foreign sanctions and a boycott of next February’s Winter Olympics.

'But homosexuality is a totally marginal issue in Russian society. There’s no great interest in it here and very few homosexuals in our Catholic communities.'

Homosexuality was de-criminalised in Russia in 1993, two years after the collapse of Communist rule, and removed from the list of mental illnesses in 1999.

But pressure against gays and lesbians has been growing, while violent assaults, often documented and filmed, are routinely ignored by the police.

This year alone, while brutal murders in Volgograd, Kamchatka and other areas have instilled a climate of fear, according to human rights groups, the Russian Army has issued new guidelines for dealing with homosexual recruits, and plans have been laid for nationwide screening of homosexuals to prevent HIV.

European Union surveys rank Russia alongside Muslim countries as among the least tolerant of homosexuals.

With no law against sexual discrimination, few public figures have ever declared their homosexuality, while victims of harassment have no confidence in the authorities and rarely reports acts of violence.
EDITED BY CW Team