Book on Pope Francis to illuminate his context, background 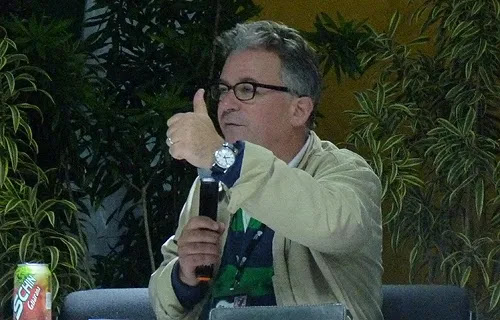 Austen Ivereigh, author of an upcoming book on Pope Francis, says it will help explain the Pope's pastoral approach to North Americans and Europeans, who may not understand his Latin American roots.

Before his election, Pope Francis “had already been thinking very deeply about the Church, and the way that the Church interacts with the world for a very long time,” author Austen Ivereigh explained to CNA Oct. 16.

What is “dramatic” about his papacy thus far “is that he’s able to implement” the “program” that sprung forth from these thoughts.

Ivereigh is writing the book, which will be published by Henry Holt, likely in 2014. Ivereigh is a British journalist, and has served as a press secretary for the Archbishop of Westminster.

He is also founder and coordinator of Catholic Voices, a group which trains Catholic laypeople to present the Church’s teachings in media outlets.

Ivereigh explained that Pope Francis' vision “needs to be understood, above all, in the context of the Church in Latin America.”

Because many in Europe and North America have a different understanding of the Church’s role in society than do Latin Americans, “people in Europe and America are struggling to understand him.”

“People are still asking ‘who is he? How does he think? What does he want?’ because in a way, what Francis is doing is not recognizable to the prosperous cultures of Europe and North Americans.”

“I hope to be the bridge between Latin America and the rich north” of Europe and North America, Ivereigh added on his hopes for his forthcoming book, which has yet to be titled.

For his investigation into the Pope’s background, vision, and pastoral style,  Ivereigh, who conducted his doctoral thesis on the Catholic Church and politics in Argentina, will travel to Buenos Aires for a month for further research and to encounter “people who knew him, but people also, above all, who can really explain his vision and where it came from.”

“What we’re seeing in Francis is a new idea of what a Pope is,” Ivereigh said, explaining that Pope Francis’ “informal, warm, human directness,” “spontaneity,” and “his pastoral approach” are “very, very typical of the Church in Latin America.”

Ivereigh added that in North America and Europe, Catholics are “trying to understand what status the Pope’s comments have,” and what doctrines the Pope is speaking to.

“I think the main factor is that “el pueblo” – the people of God – are the majority, and they are the poor,” in the majority of Latin America.

“I think that changes the way the Church relates to society, because the starting point of the Latin American Church is that the people they are addressing are poor and mostly uneducated,” shifting focus to pastoral matters and a modeling of Jesus rather than theological understanding.

This has lead to Pope Francis’ “understanding of how to speak” to many of the pressing questions of today’s society in an engaging manner. Pope Francis has “the capacity that he has to identify with the wounds” of society that enables him to have a dramatic pastoral effect, Ivereigh said.

“He is in a sense re-framing” the public’s view of the Church.

Ivereigh added, however, that there is still much to learn about how his background formed the Pope’s theological and pastoral vision, how it has influenced his change from a relatively reserved archbishop to an outspoken and charismatic Pope, and how it relates to what Ivereigh called Pope Francis’ “defining moments”

“The first moment was his first few days after the election, by rejecting what one might call 'the papal monarchy',” and establishing his own style.

At World Youth Day in Rio de Janeiro, it “became very clear to us who were there that this was the launch of the papacy,” and while at World Youth Day, Pope Francis “put flesh on the idea of a Church for the poor and of the poor.”

Most recently, in a September meeting with cardinals, it “became very clear that the ambition for the reform of Church governments was very great indeed.”

“This is a papacy that will really implement the collegiality,” of the Second Vatican Council, Ivereigh said.

He added, however, that just how this pastoral emphasis on “the love and the mercy of God” emerges will be something to continue to study as the Argentine's pontificate continues.
EDITED BY CW Team