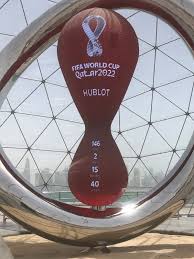 Qatar’s treatment of Christians has deteriorated even as it prepares to host the FIFA World Cup, the charity Open Doors has said.

The charity for persecuted Christians worldwide warned that after recent improvements, it was now becoming harder to be a Christian in Qatar.

The country has risen 11 places to 18th on the Open Doors World Watch List, its annual ranking of the states where Christians face the worst persecution.

“The nation’s vibrant Christian community has been completely hidden from view,” said Anastasia Hartman, the charity’s Middle Eastern advocacy spokesperson.  She said that conditions for ex-patriate Christians in Qatar had worsened while the treatment of indigenous converts remained a serious concern.

Speaking to The Tablet, Ms Hartman said that Qataris are considered Muslims by default and any conversion is not recognised under Sharia law but considered apostasy, officially punishable by death. While this has not been carried out for many years, Qatari Christians are subject to “homogenisation and pressure from society or their family”.

Although Qatar is a signatory of the Universal Declaration of Human Rights, like many Islamic countries it makes a proviso to Article 18 on the freedom of religion or belief, saying that it will observe it insofar as it complies with Sharia law.

Ms Hartman said that this denied Qataris the right to change their religion.

Expatriate Christians in Qatar – including many of the migrant workers employed to build stadiums and infrastructure for the World Cup – are permitted to worship in churches in the Mesaymeer Religious Complex south-west of the capital Doha.

The complex was opened by the emir Tamim bin Hamad Al Thani, father of the present emir, and houses various religions including nine Christian denominations, but Ms Hartman said that it has become far too crowded.

Although Qatar unofficially allowed churches to operate outside the complex, these were closed during the pandemic and have not been permitted to re-open.

The World Cup, said Ms Hartman, was not an occasion “to shame or criticise” Qatar but an opportunity for the UK and other countries to address these particular concerns, and to encourage the Qatari government to lead “the societal change that needs to happen” to improve the condition of both expatriate and indigenous Christians in the country.

Henrietta Blythe, the chief executive of Open Doors UK and Ireland, said: “While we appreciate the steps made to house expatriate congregations in the Mesaymeer complex, Open Doors is asking them to allow religious organisations – both expat and indigenous – to operate peacefully, free from monitoring and interference.”