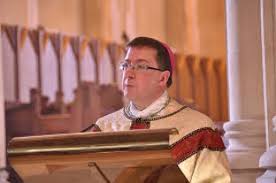 The Catholic Church in England and Wales has spoken out against the U.K.’s abortion law, branding it “illogical and unjust,” after a woman with Down syndrome lost a legal challenge to the law relating to abortion and disability.

In a ruling on Nov. 25, the Court of Appeal ruled that the U.K. abortion law did not discriminate against disabled people, even though it permits abortion up to birth if medics suspect the baby is disabled.

Heidi Crowter, a 27-year-old woman with Down syndrome, launched her legal challenge in the High Court in July 2021, arguing that the law does not respect her life.

Following her defeat in the High Court in September 2021, the case was then reexamined by the Court of Appeal this month, but Lord Justice Underhill said in his judgment that the disability clause in the Abortion Act 1967 does not play “any significant role in causing discriminatory attitudes against disabled people generally, or those with Down’s in particular.”

In a statement on Nov. 29, Bishop John Sherrington, auxiliary bishop of Westminster and lead bishop for Life Issues, told CNA that the verdict was upsetting.

He said: “I am deeply saddened that Heidi Crowter’s campaign to recognize the child with a disability in the womb as an equal has been rejected by the Court of Appeal.

“The law which protects her after birth did not protect her in the womb — indeed, a disabled person such as Heidi can be aborted up to the moment of birth based on their disability alone. This is illogical and unjust. Whilst the judgment claims that section 1(1)(d) of the Abortion Act 1967 does not have ‘any significant role in causing discriminatory attitudes against disabled people generally, or those with Down’s in particular, the year-on-year increase in disability-selective abortions tells a very different story.”

“I echo the words of Pope Francis, who strongly discouraged the use of prenatal diagnosis for selective purposes as ‘it is an expression of an inhuman eugenic mentality, which deprives families of the possibility of welcoming, embracing, and loving their weakest children.’ We must continue to advocate for greater support for families caring for a child with disability.”

The bishop concluded: ”I offer my prayerful support as Heidi considers seeking permission for the case to be heard at the U.K. Supreme Court.”

Speaking outside the Court of Appeal on Nov. 25, Crowter said: “I will keep on fighting because we have already informed and changed hearts and minds and changed people’s opinions about the law.”

She added: “The law was made in 1967, when we were not even allowed to go to school because of our extra chromosome. So, I think it’s time that the judges move with the times and actually meet with people with Down syndrome.”

Crowter and her legal team are now considering taking her case to the U.K. Supreme Court.

Following the ruling, pro-life advocates and parliamentarians expressed their solidarity with Crowter and reiterated their opposition to the U.K.’s law.

Lord Alton of Liverpool, crossbench peer, Catholic, and human rights advocate, shared an article on Twitter about the case along with the Tweet: “Heidi Crowter with Down syndrome loses bid to end barbaric law and allows abortion up to birth on Down babies — which I opposed when enacted. Judges say it’s up to Parliament not the Courts. Heidi’s right — it’s a terrible, discriminatory law which should be repealed.”

Meanwhile, Right To Life UK spokesperson Catherine Robinson said in a statement on Nov. 25: “This is a great disappointment for people with Down syndrome and disabilities in general. The law clearly discriminates against people with Down syndrome and does not provide the same protections that other unborn babies have. Hopefully, Heidi and her team will have more success if they decide to take this case to the Supreme Court.”

The law in England and Wales allows abortion up to 24 weeks, but if the baby has a disability, including Down syndrome, cleft lip, or a club foot, abortion is then permissible up to birth.

A Nov. 24 statement from the campaign group Right to Life said: “There were 3,370 disability-selective abortions in 2021. The number of late-term abortions at 24 weeks’ gestation or over where the baby has a disability increased by 20% from 229 to 274.