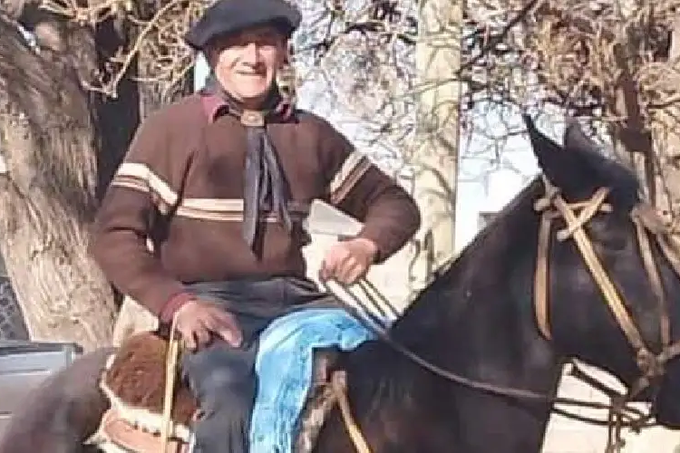 Sergio Ariel Ozán, a 58-year-old construction worker from the province of Córdoba, Argentina, traveled more than 180 miles on horseback to visit Catamarca and leave his intentions at the feet of Our Lady of the Valley, the Virgin he has “carried in his soul” since he was a child.

The journey began on Nov. 4, when, mounted on his horse and accompanied by his brother Hugo, he began to travel to the capital of Catamarca.

On the way, they lacked nothing and there were no inconveniences — a blessing that he attributes to the intercession of the Virgin.

On the morning of Nov. 10, the date on which Argentina celebrates the Day of Tradition, this Cordovan arrived at the feet of Mary and what he felt, he said, “is indescribable.”

On his way back, the pilgrim told ACI Prensa, CNA’s Spanish-language sister news agency, that his visit to the Virgin is “more than a promise, it is a tribute, a return of favors.”

“One asks the Virgin for so many things, that if I had to fulfill them, I don’t know how many rides I would need,” he said.

After this first visit to Catamarca, Ozán said, “I longed to visit the cathedral and see the Virgin before I died; it is a longing I have had for many years.”

To arrive and see the image of the Virgin “is something indescribable, it is a lot of emotions,” he said.

“One has been chewing on it all the way, thinking about the moment of arriving, but when you get there you can’t believe it.”

“The church dazzled me, I did not expect it to be like this: The cathedral is huge and very beautiful,” he continued. “Thank God, the Little Virgin has accompanied us at all times, we have not lacked anything since we left.”

His devotion to Our Lady of the Valley began many years ago, because the chapel in his neighborhood is dedicated to this devotion. There he received the sacraments of Christian initiation and for that reason he carries “the Virgin of the Valley in my soul, as if she had raised us, like a Mother.”

In his community, Ozán also belongs to a gaucho group that bears the name of the Virgin of the Valley.

In Argentina, gauchos are known as country men, traditionally dedicated to cattle raising.

For the past four years, Ozán has been participating in the horseback ride that crosses the high peaks in honor of the saintly Cura Brochero, the “Cura Gaucho.”

“I live for the horses,” Ozán admitted. “Every day, when I come back from construction, I dedicate two or three hours to them.”

And although he assured that this is a mission accomplished, he hinted that this may be the beginning of a path of encounters: “Maybe later, if the opportunity arises, I will come again.”