Christmas creche, tree to be unveiled in the Vatican 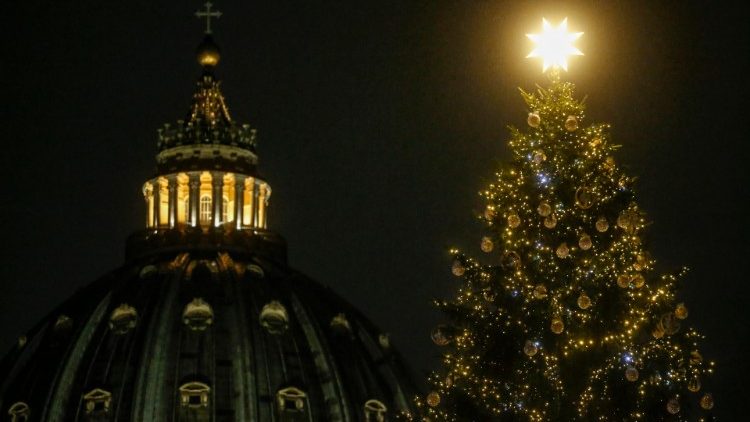 The Vatican's 2022 Nativity Scene and Christmas tree will be unveiled on 3 December at its annual Christmas Tree Lighting ceremony in St. Peter's Square at 5 PM.

The ceremony will be presided over by Cardinal Fernando Vérgez Alzaga, President of the Governorate of the Vatican City State, in the presence of Sister Raffaella Petrini, its Secretary General.

That morning, Pope Francis will receive the delegations from Sutrio, Rosello and Guatemala, who gifted this year's tree and nativity scenes, for the official presentation of the gifts.

The Nativity Scene and White Fir

According to a statement from the Vatican's Governorate, the 2022 Nativity Scene was offered by the northern Italian village of Sutrio, in the province of Udine in the Friuli-Venezia Giulia region.

The majestic 30-metre White Fir tree, on the other hand, comes from the central Italian region of Abruzzo, specifically from the small mountain village of Rosello, home to just 182 inhabitants.

Rosello is an ancient village of medieval origin near the border with Molise, which tradition maintains owes its birth to the Benedictine monks of the Abbey of San Giovanni in Verde in the early Middle Ages.

It is home to the best-preserved nucleus of White Fir trees on Italian territory, including the tallest spontaneous tree: a Silver Fir measuring almost 54 metres in height.

The tree's decorations, this year, were made by young people residing at the 'La Quadrifoglio' psychiatric rehabilitation facility.

Inauguration of the creche

The Sutrio Crib will be entirely made of wood, with a semi-sphere that will act as a Grotto, where the Holy Family will be displayed, around which life-sized characters will be placed.

Every September, it organises a cultural event called 'Magic of Wood.'

The village has become a reference point for many artists coming not only from the Italian Alps, but also from neighbouring Austria and Slovakia.

Respect for the environment

The cedar wood statues are hand-carved and fully respect the environment.

Since the wood used comes from felling planned by expert gardeners who take care of public or private gardens, where cedar trees were planted more than a hundred years ago, no trees were cut down to make the Nativity scene.

Another nativity scene, the press statement also announces, will be brought to life in the Vatican's Paul VI Hall.

This year it is being offered by the Guatemalan government.

The creche will feature the Holy Family and three angels, all hand-made by Guatamalan artisans using local traditions with large coloured fabrics, the colour gold, and wooden statues.

The tree and the cribs will remain on display until the Baptism of the Lord, Sunday, 8 January 2023.