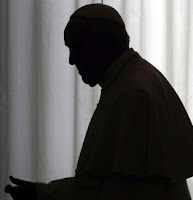 Pope Francis has just completed four years of his pontificate.

From the moment Jorge Bergoglio greeted Rome and the world with “Buona sera”, he has been controversial.

That is no bad thing. Jesus himself was controversial, to the extent that people left him in droves, unable to stomach his teachings.

Pope Francis is both deeply loved and deeply criticised by his flock. He also has had the most extended media honeymoon of any pontiff since John XXIII.

In contrast, his predecessor, Pope Benedict, could do nothing right in the media’s eyes. The gentle, scholarly Benedict was constantly warding off judgments that he was either a crypto-Nazi or some kind of Islamophobe.

Strangely, the media seem to develop selective attention when Francis says something about abortion, such as this this statement from Evangelii Gaudium (The Joy of the Gospel): “This is not something subject to alleged reforms or ‘modernisations’. It is not ‘progressive’ to try to resolve problems by eliminating a human life.”

However, they quote him approvingly when he speaks about the environment, or the rights of refugees. Francis is a much-needed voice on these issues and an effective counterweight on the world stage to the appalling policies of Donald Trump.

The media constantly paint Francis as being on the progressive wing of the Catholic Church, and a leader who will bring about much-needed reforms.

Others are fearful that he is dismantling the traditions of the church. The London Times alleged earlier this month that a campaign to get Pope Francis to resign was under way and that it involved many cardinals who had voted for him in the conclave.

These Catholics fear that Francis will to go too far and will water down essential church teachings.

However, there may be another, more real fear – that Francis will not go far enough in certain areas. He has a reputation as a reformer, but in some areas it is difficult to see any meaningful progress, and in others there appear to have been regressive steps.

Take the vital issue of clerical sexual abuse of children. Belatedly, during Pope Benedict’s time, the church began to tackle this issue and Benedict used canon law to remove some 800 priests from the priesthood.

Pope Francis has a truly wonderful emphasis on mercy and forgiveness.

But when it comes to a deeply-rooted tendency such as paedophilia, what exactly does mercy mean?

Forgiveness can never be denied to someone who genuinely repents.

But no child should be endangered. If someone has abused a child, they should never again be in a position of authority or be allowed to work with children.

Pope Francis has endorsed many times a ‘zero tolerance’ policy towards abusers, but has also overturned decisions to remove priests from the clerical state.

One controversial case involves Italian priest Rev Mauro Inzoli, who was laicised by Pope Benedict. Inzoli had a penchant for fast cars and boys as young as 10.

He had his priestly faculties restored by Pope Francis, along with a strict injunction to live a life of prayer and penance and to stay away from children.

A life of prayer and penance has one advantage.

A priest removed from the clerical state disappears into the community, probably to wreak further havoc anonymously.

A life of prayer and penance, at least in theory, means that the church is still accountable for supervision and control of the individual in a way that protects children. However, that supervision must be exemplary and consistent if it is to be a substitute for laicisation.

According to the publication The Week, Inzoli participated in a family conference in Lombardy while supposedly under supervision. He has since been convicted in the Italian courts of child abuse and sentenced to nearly five years in prison. He was found guilty by the church, too, and a second church trial is ongoing.

The recent resignation of Marie Collins from the Vatican Commission for protection of children is another straw in the wind. She pinpointed the curial culture as the vital factor in her resignation.

Where does this leave Francis, who has promised reform of the Curia since the beginning of his papacy?

There is still a tendency by some Vatican officials to dismiss clerical sexual abuse as a preoccupation of the English-speaking church.

This will lead in only one direction – children being harmed and an ongoing stream of revelations of neglect of the issue by church leaders.

In other ways, Francis has been a huge success. The Central African Republic is enjoying a period of tentative peace after his visit there to open the Year of Mercy.

Traditionally, the first symbolic opening of the Door of Mercy is in the Vatican. He insisted on opening the first door in Bangui, the capital of the Central African Republic. Citizens from all religious traditions praise Francis as a vital factor in the current peace.

Similarly, his informality and insistence on a humble lifestyle has reminded people of the essence of the Gospel and made it attractive to many again.

Francis has considerable moral capital. He needs to spend it on definitively tackling crucial issues like the safeguarding of children
EDITED BY Sotto Voce