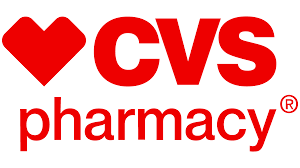 A Christian nurse practitioner has filed a federal lawsuit against CVS Health, charging that a CVS pharmacy wrongly fired her from her job after it ended her longtime accommodation of her religious objections to contraceptives and abortion-causing drugs.

Attorneys with the Plano, Texas-based religious freedom legal group First Liberty Institute say Robyn Strader’s case is important for all Americans who might face pressure to choose between following their faith and keeping their job.

“After accommodating Robyn for six and a half years without a single complaint, CVS fired her because it simply did not like her pro-life religious beliefs,” Christine Pratt, counsel for First Liberty, said in a Jan. 13 statement.

“It is illegal to issue a blanket revocation of all religious accommodations when it is so easy for CVS to accommodate its employees,” Pratt continued. “CVS is sending a message that religious health care workers are not welcome and need not apply.”

At least two other nurse practitioners in Kansas and Virginia have filed federal lawsuits against CVS over the policy, NBC News reported.

First Liberty said on Friday that the announcement that CVS intended to distribute abortion pills would put even greater pressure on employees such as Strader.

Strader, who is a member of a Baptist church, believes that God “creates all human life in his image and that we should protect all human life,” the lawsuit said. She has never prescribed contraceptive or abortifacient drugs.

In 2015 she began working at the CVS Pharmacy MinuteClinic in the Dallas-Fort Worth suburb of Keller, Texas. She had sought and was granted a religious accommodation to prescribing medications. These medications were usually requested only a few times each year. Strader was able to refer these customers to a colleague at her location or another nearby MinuteClinic pharmacy.

In 2021, CVS announced it was revoking religious accommodations. After the policy change, its diversity statement omitted religion from its list of classes protected from discrimination. Her superiors said Strader had no religious accommodations on file, and her manager allegedly began asking her whether she was going to change or violate her religious beliefs. This included calls on her days off, the lawsuit said.

The lawsuit, filed Jan. 11 in U.S. District Court for the Northern District of Texas, Fort Worth Division, charged that CVS wrongly rejects requests for religious accommodations. The company also “unlawfully derided” Strader’s religious beliefs, “pressured her to change her beliefs,” and “terminated her because of her religious beliefs.” Title VII of the Civil Rights Act of 1964 establishes the relevant law regarding religious accommodation, the lawsuit said.

Strader, who is in her early 70s, had filed a religious discrimination complaint with the U.S. Equal Employment Opportunity Commission in February 2022, charging discrimination based on religion. The commission notified her that she had a right to sue on Jan. 3.

Mike DeAngelis, executive director for corporate communications at CVS Health, commented on the company’s general policy, not the lawsuit itself.

“We have a well-defined process in place for employees to request and be granted a reasonable accommodation due to their religious beliefs, which in some cases can be an exemption from performing certain job functions,” DeAngelis told CNA Jan. 13. “An example of this includes our accommodating a religious, moral, ethical, or conscientious objection that may prevent a CVS pharmacist from filling specific medications.”

He added: “It is not possible, however, to grant an accommodation that exempts an employee from performing the essential functions of their job.”

“We cannot grant exemptions from these essential MinuteClinic functions unless it is required by state law,” he said.

The lawsuit itself challenges the description of the job functions as “essential.”

“An employer cannot sidestep Title VII’s requirement to accommodate religious employees by merely labeling a particular function ‘essential,’” the lawsuit states. The claim these functions are “essential” is “particularly unconvincing when it concerns less than 0.2% of the functions an employee performs.”

“The relevant inquiry is whether the employee can be accommodated per the employer’s statutory duty,” the lawsuit states.

The dispensing of abortion drugs at retail pharmacies adds another dimension to the religious accommodation issue.

Both CVS Pharmacy and its competitor Walgreens — which together have 9,000 retail locations across the U.S. — intend to take advantage of the U.S. Food and Drug Administration’s announcement that it will allow any patient with a prescription to obtain mifepristone from her local retail pharmacy if it is appropriately certified to dispense the drug.

Mifepristone is the first of the two pills used in a chemical abortion. The drug works by cutting off nutrients necessary for a fetus to continue developing. The second drug, misoprostol, is taken 24 to 48 hours later and induces contractions that expel the dead unborn child.