Pope Francis: intimacy with Jesus, the Good Shepherd, is the "soul" of every apostolic work 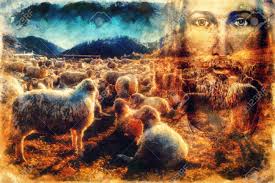 Jesus, the Good Shepherd, "does not remain contemplating the sheep pen, nor does he threaten them so they won’t leave". If one of the sheep of his flock goes away and gets lost, he "does not abandon that sheep, but goes in search of it. He does not say, "You got up and left – it’s your fault – that’s your business!".

While we, his disciples, sometimes "perhaps we see those who have left the flock as adversaries or enemies", and when we meet them at school, at work, on the streets of our city, we miss a beautiful opportunity "to witness to them the joy of a Father who loves them and has never forgotten them".

Thus Pope Francis has again suggested that every authentic apostolic work has its source in the "suffering" of the Lord, who "suffers for all who do not know the beauty of his love and the warmth of his embrace".

This is what the Pope said in today's General Audience, Wednesday, January 18, during the second appointment of the new cycle of catechesis dedicated to the "passion for evangelizing" and the "apostolic zeal which must animate the Church and every Christian".

To grasp the heart of every authentic missionary dynamism - the Pope recalled at the beginning of his catechesis - it is always advisable to look at Jesus himself, "the unsurpassable model of evangelization". He, the Word of God, is the "Eternal Word of the Father, reaching out to us", and lives "always turned toward the Father and toward us". If we look at his days as described in the Gospels, "we see that intimacy with his Father – prayer – occupies first place. This is why Jesus gets up early, when it is still dark, and goes into deserted areas to pray". Then, after the prayer, "Jesus dedicates his entire day to the proclamation of the Kingdom of God and dedicates it to people, above all to the poorest and weakness, to the sinners and to the sick". In the same way – suggested the Bishop of Rome, quoting «the beautiful volume by Abbot Chautard», intimacy with Jesus is «“the soul of every apostolate”. Jesus himself clearly said to his disciples, “Without me you can do nothing”.

Jesus himself – continued the Pontiff, taking cue from the evangelical parable of the lost sheep, read in the Paul VI hall at the beginning of the audience – indicated the distinctive features of every authentic missionary passion, when he spoke of himself as the Good Shepherd, the one who "gives his life for the sheep".

Being a shepherd - the Successor of Peter recalled - "was not just a job, but it required time and a lot of dedication. It was a true and proper way of life: twenty-four hours a day, living with the flock, accompanying them to pasture, sleeping among the sheep, taking care of those who were weakest. In other words, Jesus does not do something for us, but he gives everything, he gives his life for us. He has a pastoral heart". And the Church, in order to evaluate her own pastoral work, must always "confront ourselves with Jesus the Good Shepherd". If you are with Jesus - Pope Francis remarked - you discover "that his pastoral heart always beats for the person who is confused, lost, far away". And if someone gets lost and goes away, the pastoral heart of Jesus "suffers and risks".

The Lord – the Pontiff insisted – "suffers when we distance ourselves from his heart. He suffers for all who do not know the beauty of his love and the warmth of his embrace". And "in response to this suffering, he does not withdraw, rather he takes a risk: he leaves the ninety-nine sheep who are safe and ventures out for the lost one, thus doing something both risky and unreasonable, but consonant with his pastoral heart which misses the one who left, the longing for someone who has gone away".

This is the "God’s zeal" that every disciple of Jesus is called to imitate, not branding "as adversaries or enemies those who have left the flock", but taking advantage of every circumstance to continue to "testify to them the joy of a Father who he loves them and that he has never forgotten them".

It is not a question - Pope Francis added - "of proselytizing - as I said, so that others become “one of us” – no, this is not Christian. It is about loving so that they might be happy children of God".

And "If we Christians do not have this love that suffers and takes risks, we risk pasturing only ourselves. Shepherds who are shepherds of themselves, instead of being shepherds of the flock, are people who comb “exquisite” sheep. We do not need to be shepherds of ourselves, but shepherds for everyone".