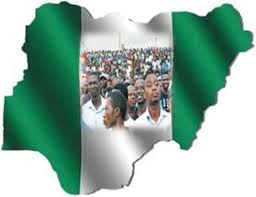 Next month’s general elections in Nigeria offer the electorate “a long-awaited opportunity” to have a new crop of democratically elected leaders, Catholic Bishops in Nigeria’s Ibadan Ecclesiastical Province have said.

In a statement shared with ACI Africa Thursday, January 19, those at the helm of Nigeria’s Ibadan Archdiocese and the Dioceses of Ekiti, Ilorin, Ondo, Osogbo, and Oyo urge eligible voters in the West African nation to secure their Permanent Voters Card (PVC) and vote for “their own future and that of their children”.

“We urge all eligible Nigerians to secure their PVCs and vote in the elections according to their consciences, without fear in order to secure their own future and that of their children,” the Bishops say in the statement following their two-day meeting that concluded on Tuesday, January 17.

They say elections “offer all Nigerians a long-awaited opportunity to democratically choose their leaders for the next four years.”

Nigeria’s Presidential and National elections are expected to happen on February 25 while the gubernatorial polls have been scheduled for March 11.

In the statement issued after their meeting held at the Jubilee Conference Centre in the Archdiocese of Ibadan, the Catholic Church leaders say the elections provide an opportunity for Nigerians to elect leaders who will address the country’s security concerns and the people’s welfare without discrimination.

“We Bishops fully identify with the suffering and pains of Nigerians over these years while enduring numerous threats to security of life and property, crippling economic downturn and bad political leadership,” they say, adding that they share “in the aspirations and yearnings of all Nigerians to have new leaders who will be true patriots and servants of the people.”

“Now is the time to elect leaders at all levels who have integrity, goodwill and the fear of God; who will truly serve the nation rather than help themselves to her vast resources and status for their private interests,” they say in the two-page statement signed by Archbishop Gabriel Abegunrin and  Bishop John Oyejola the President  and Secretary of Ibadan Ecclesiastical Province, respectively.

The Catholic Bishops caution politicians against "unscrupulous utterances and actions" that might jeopardize the elections and instead call for “nobility and fairness” in their speeches and conduct.

“At this historical moment for Nigeria, we exhort all Nigerian politicians and electoral umpires from the Federal to the grassroots levels to ensure nobility and fairness in their speech and actions towards free, fair, and peaceful elections in February,” the Bishops say.

They add, “We all stand at the threshold of history and history will have its time to judge our speeches and conduct. May we all receive fair Judgment when our time comes.”

The Catholic Bishops laud young people for their effort in raising awareness about participating in the forthcoming general elections, and urge the youth not to be intimidated by "the daunting challenges that seem to surround the elections.”

They say all Nigerians will only be able to work for a country of their dream after performing their civic duties, which includes voting on the material day.

In their collective statement shared with ACI Africa, the Church leaders encourage Nigerians to make good use of the election prayer issued by the members of the Catholic Bishops Conference of Nigeria (CBCN).

“We urge that the prayer for successful elections recently composed by CBCN should be prayed more fervently along with other prayers, individually, in all homes, churches and gatherings so that God will bless our efforts,” the Catholic Church leaders say.

They call upon citizens of Africa’s most populous nation to remain hopeful that the situation in their country will change, saying, “Sustain hope by relying on the unchanging promise of God to rally His people in peace to their own inheritance as He declared through Prophet Isaiah.”