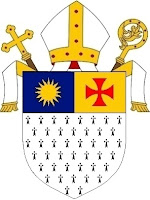 A REPORT into sex abuse in the Diocese of Raphoe has been delayed after the man tasked with carrying out the investigation asked for more information from Church authorities.

The Church-run National Board for Safeguarding Children in the Catholic Church has spent months carrying out a review of all allegations made against priests in Co Donegal.

The long-awaited report was due to be published by the board’s chief executive, Ian Elliott, either this week or at the start of September.

But it is understood the audit will not be made public until October at the earliest, due to Mr Elliott contacting the Church in Donegal seeking further information on certain matters.

A spokesman for the board said they could not comment on any aspect of the report until it is published.

When the report is complete it will be forwarded to the Bishop of Raphoe, Dr Philip Boyce, who will decide when to make it public.

The communications director with the Raphoe Diocese, Fr Paddy Dunne, said he understood it would be "some time" before the report was released to Bishop Boyce.

"There is a lot of speculation. It was supposed to be soon but I understand it could be some time. I do not know when," Fr Dunne said. "I am not privy to that information. When the bishop receives the report he will decide when to make it public."

Raphoe is the sixth of Ireland’s 26 dioceses to have an audit into alleged sex abuse by priests carried out.

The diocese contained some of Ireland’s most notorious paedophile priests, including Fr Eugene Greene, who was jailed for 12 years in 2000 for the rape and sexual assault of 26 boys. He was released in 2008.

A total of six priests from the Raphoe Diocese have so far been brought to justice for their crimes.

The National Board for Safeguarding Children in the Catholic Church was formed in 2006, tasked with uncovering the full extent of all complaints or allegations, knowledge, suspicions or concerns of child sexual abuse made to the Raphoe diocese by individuals or civil authorities from January 1, 1975, to the present day, against Catholic clergy.

Its objective is "to confirm how known allegations have been responded to and what the current arrangements for safeguarding children are" in the diocese.

It is believed the Raphoe report will not feature priests involved in abuse before 1975.

A recent report claiming there were "hundreds and hundreds" of victims who were abused by up to 20 priests in the diocese was dismissed by Bishop Boyce, who said it was simply not true.