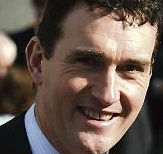 CATHOLICS should not contribute to any special collections organised by dioceses in financial trouble as a result of having to pay large sums to victims of clerical sex abuse, a government TD has urged.

Fine Gael’s Tom Barry made his comments after it emerged that the Dublin archdiocese is near to financial collapse and is considering introducing a levy on mass-goers to bolster its reserves, having paying out €13.5 million in abuse claims.

Mr Barry, who lives in Killavullen in the Diocese of Cloyne, said hard-pressed Catholic families should not have to pay for the failure of the hierarchy to prevent some priests from abusing children.

Instead, Mr Barry said the Catholic Church could easily foot the bill itself by selling off one or two of the treasures it possessed in Rome.

"The Church also has huge assets in this country as well which it could sell off," he said.

Mr Barry, a Catholic and a married father of three who regularly attends Mass, said he would urge all Catholic families to tell their priests and bishops that if money needs to be found to replace funds paid out to clerical sex abuse victims, then it must come from the Church itself.

"As a practicing Catholic I have absolutely no objection to providing money for the genuine upkeep of churches and I would regularly contribute. I have no problem putting my hand in my pocket for such things.

But already cash-strapped families shouldn’t have to contribute to a shortfall which resulted from pay-outs to abuse victims because of failings of the hierarchy," he said.

He echoed the criticism Taoiseach Enda Kenny famously made on the role of the Vatican in its handling of clerical child abuse in this country.

"It is the whole system of the [Catholic Church] hierarchy which is the problem. They shouldn’t isolate that problem to Ireland. Therefore, any shortfalls in diocesan funds here should be made up by the Vatican," Mr Barry said.

He was also highly critical of the way in which retired Bishop John Magee handled the fall-out from clerical sex abuse in the Diocese of Cloyne.

Bishop Magee left his house in Mitchelstown prior to the publication of the report and only returned a few days ago.

Bishop Magee issued a statement on Monday in which he said he accepted full responsibility for the failure of the diocese to effectively manage allegations on child sexual abuse.
Source
EDITED BY Sotto Voce