Individual in leadership role at Blackrock College 'was told of abuse allegations in 2002', Dáil hears 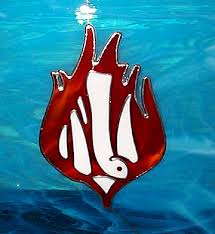 LABOUR LEADER IVANA Bacik has claimed that an individual currently in a “key leadership role” in Blackrock College was informed of abuse allegations at the school 20 years ago.

It emerged last week following an RTÉ radio documentary that 233 people had made allegations of abuse against 77 Irish Spiritans in ministries throughout Ireland and abroad.

Of those, 57 people alleged they were abused on the Blackrock College campus.

The leader of the Spiritans in Ireland, Father Martin Kelly, issued an apology to all victims on behalf of the order last Wednesay.

Speaking last Thursday afternoon, Bacik called for an independent inquiry into abuse in schools run by religious orders to examine the extent of the abuse and the role of the State in failing to prevent the abuse from taking place.

The Dublin Bay South TD claimed under Dáil privilege that she is “well aware” of one individual who was told of specific abuse allegations in 2002 and been approached by other survivors over the last ten years.

“I should stress again, this is not just an historic issue. There are people still currently in leadership roles, in particular in Blackrock College, who have had continuous ongoing involvement with the college for 40 years,” she said.

“And I’m well aware that one individual currently in a key leadership role, who was told a specific abuse allegations in 2002 and who has over the past decade been approached by other survivors who have been told by him to go away and not return unless they have proof and a solicitor with them. So these are current issues.”

Bacik also claimed that there are people “currently in leadership roles in particular schools who have been in those roles for so long, many decades in some cases, that it’s very difficult to believe that they did not have knowledge of the abuse that was being perpetrated there”.

Blackrock College and the Spiritans have been contacted for comment.

Tánaiste Leo Varadkar told the Dáil that the Government is considering a victim-led inquiry into schools run by the Spiritans, “to allow us to unearth what happened at Blackrock College and indeed other Spiritan schools. Specifically, who knew what and how they acted, if at all”.

He said it is important that any inquiry is conducted correctly, adding that previous inquiries have taken a long time. He also said that the Government does not want to compromise any Garda inquiries or prosecutions.

“I think it is possible to have an inquiry without doing that, but we do need to have regard to the possibility that it might interfere with Garda inquiries or prosecutions of civil cases,” he said.

When asked yesterday whether the Spiritans would support a public inquiry into the abuse that took place, Fr Kelly said that he would.

The Spiritans said it does not intend to name the 77 priests who have been accused of abusing children. All of the names have been passed to the gardaí and to Tusla, they said.

Further allegations of sexual abuse in schools run by religious orders have emerged in recent days, including in Castleknock College in Dublin, which is run by the Vincentian Community.

In a statement to The Journal, the religious order said that over the last 15 years, it has received allegations of abuse from former students of Castleknock College, St. Patrick’s College in Armagh, St Paul’s in Raheny and St Peter’s National School in Phibsborough.

The order said that some of the allegations date back to the 1950s.

The Vincentians said that 45 allegations of abuse have been made against nine Vincentian priests, all of whom are deceased.

It said that 17 of those alleged victims said they were abused at its schools, with one former student alleging they were physically abused and another alleging that they were bullied.

Two additional allegations of abuse have been made against a non-teaching employee dating back to the 1960s, the order said.

It said that 29 allegations of abuse it received have been made against Father Donal Gallagher, who was included in the Murphy Report, which was first published in 2009 to examine the handling of child sexual abuse claims in the Catholic archdiocese of Dublin.

The Vincentians said there is one allegation from a former pupil of one of the schools against a priest who is still alive and is no longer a member of the Congregation. “This allegation is currently under review by the statutory authorities and the priest in question is not in active ministry,” the order said.

“All matters relating to any form of abuse have been brought to the attention of the National Board for Safeguarding children in the Catholic Church and all policies and procedures have been strictly followed.”

It said concerns have also been received about the behaviour of three priests in its schools, “although no specific allegations of abuse have been received”. The order said a concern has also been expressed about another priest in one of its other ministries, who is also alive.

“No formal allegations have been made against any of these four priests. However, the Congregation is following very strict procedures as laid down by the National Board for Safeguarding Children in the Catholic Church in dealing with this matter,” the order said.

Over €1 million in compensation has been paid out to alleged abuse victims by the order, as well as €436,150 in legal fees.

“As is appropriate, all settlements were made through engagement with legal representatives. The legal fees of the claimants were in all instances paid by the Congregation. As all the priests were deceased at the time of the allegations, no legal fees were paid in defending any cases,” the Vincentians said.

It said that in light of recent revelations relating to abuse at boarding schools, “it is possible that the Congregation may receive further allegations”.

“Our current policies and procedures are rigorously implemented have been audited by the National Board for Safeguarding Children in the Catholic Church and by Tusla and we are doing everything possible to ensure that no such abuse could occur today.

“We deeply regret and sincerely apologise for the suffering people have endured or experienced as a result of abuse. And we ask any other person who has suffered abuse at any of our schools or ministries to contact us or the relevant authorities. We wish to assure those who make contact that we will assist as best we can.”