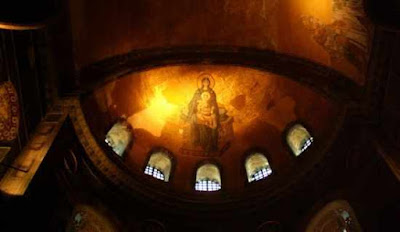 Russia’s only Catholic weekly Svet Evangelia (The Light of the Gospel) ceased publication on Christmas Day on orders of Mgr Paolo Pezzi, the new archbishop of Moscow.

In a farewell editorial its editor-in-chief Victor Khroul announced the paper closing, thanking readers for “their long lasting attention to weekly’s publications, for their prayer support, for their strong interest to Catholic Church life, for their generous mercy and inexhaustible hope.” Moreover, “[w]e would like to use this last chance to publish serious and interesting texts. That is why this Christmas issue is not so festive and joyful as it was some years before,” Mr Khroul wrote.

For many Catholic and non-Catholic readers alike the decision was as sad as it was unexpected. After its last issue was released the editorial offices received via e-mail many letters from readers from different regions expressing their sorrow, support and gratitude. Many also expressed hope that the publication might be revived because it was the only official outlet for Russian Catholics.

Founded in 1994 by Mgr Tadeusz Kondrusiewicz, then Archbishop of Moscow, Svet Evangelia was launched by Fr Bernardo Antonini, an Italian missionary who passed away in 2002.

Its first issue was released on 2 October 1994 and for almost 14 years it was the official voice of the Catholic Church in Russia, until its last number, n. 630, published on 25 December 2007.

In addition to editorial offices in Moscow, the weekly had correspondents in Saint Petersburg, Saratov, Sochi, Novosibirsk, Tula, Ekaterinburg, Irkutsk, Magadan, and Vladivostok as well as other cities. It co-operated with Vatican Radio and news agencies in Poland, Italy, United States, Germany, Ukraine, Belorus and others. It published 13 monthly supplements overall.

It became a well-known and reliable source of news about religious life in Russia, developing an important readership among Russian Orthodox Christians.

In 2004 the International Catholic Union of the Press awarded it the Titus Brandsma Prize for weekly publications “for its remarkable efforts and initiatives for building bridges, for advocating justice and freedom, for promoting unity and dialogue among religions and churches and for defending human dignity through exemplary journalism.”

This year Svet Evangelia journalists were given the Award for Excellence in Journalism and the Award for Inter-Religious Dialogue at the International Catholic Union of the Press World Congress in Canada.

The Pontifical Council for Social Communications expressed its highest appreciation for the weekly’s professional level and for its contribution to the development of the Catholic Church in Russia and in favour of ecumenical dialogue.