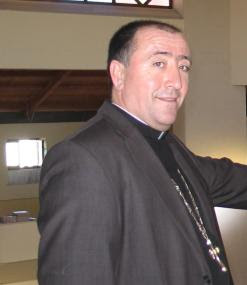 The head of the Catholic Church in Kosovo has added his voice to calls for independence.

In the wake of inconclusive talks at the UN Security Council over the province's political future, the stage is set for the majority Albanian community to go ahead with its proposed declaration of independence from Serbia.

Bishop Gjergji said the people of Kosovo deserve independence as do other democratic nations.

These sentiments were echoed on the streets of Pristina, where many people, regardless of their religion (most in Kosovo are at least nominally Muslim), are wishing for independence next year.

"Apart from the goodness of people I want an independent Kosovo," one man said.