Bid to save St. Adalbert turned down by Vatican 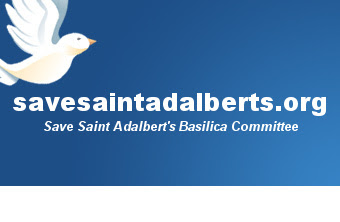 The Vatican’s Congregation for the Clergy has upheld a decision by the Catholic Diocese of Buffalo to close St. Adalbert Catholic Church.

The group of parishioners challenging the closing now plans to appeal to the Vatican’s Apostolic Signatura, the highest level of appeal and the last hope for keeping open the 121-year-old East Side church.

“By taking our appeal to the Apostolic Signatura, we will be able to fully make the case for keeping St. Adalbert’s open as an active worship site,” Stanley A. Kowalski Jr., a longtime parishioner and cochairman of the Save Saint Adalbert committee, said in a statement.

“It will also allow us to tell the full story about how we were wronged at several steps along the way,” Kowalski said.

The diocese’s restructuring plan, known as the “Journey in Faith and Grace,” calls for closing the church and merging the congregation with St. John Kanty Church.

A closing Mass was to have been offered Nov. 25, but, in accordance with church guidelines, the diocese has placed the closing and merger on hold pending the appeal.

“We fully expect that, if this decision is appealed, the Apostolic Signatura will uphold the Congregation for the Clergy’s decision,” Kevin A. Keenan, diocese spokesman, said Monday.

Efforts to save the Stanislaus Street church began in late June after the announcement that the diocese planned to close the parish.

St. Adalbert’s is the second-oldest Polish parish in the city, and remaining members say they feel a deep connection to the church that goes back generations.

Ronald Suchocki — a 69-year-old parish trustee, a member of Save Saint Adalbert and a lifelong member of the church — noted that his maternal grandparents and both parents also had been members.

Suchocki said parish members voted overwhelmingly to launch the appeal despite its cost, expected to exceed $18,000.

“They just want every effort that’s available to us to be used to keep the basilica open,” Suchocki said, using the designation that members give the church.

Save Saint Adalbert has held a number of small fundraising events, established a Web site — www.savesaintadalberts.org — and hired a canonical lawyer. The appeal must convince the Vatican that the decision to close the parish violates canon law in some way.

But the Congregation for the Clergy ruled that Bishop Edward U. Kmiec did not make any procedural or factual mistakes in his decision, according to a statement from the diocese.

“Now that the Vatican has issued this ruling, I hope that there will be a smooth, successful merger of these two parishes,” Kmiec said in a written statement.

Any merger, however, remains on hold because Save Saint Adalbert members say they will appeal the congregation’s decision.