'These were babies, not numbers': New website documents deaths in mother and baby homes 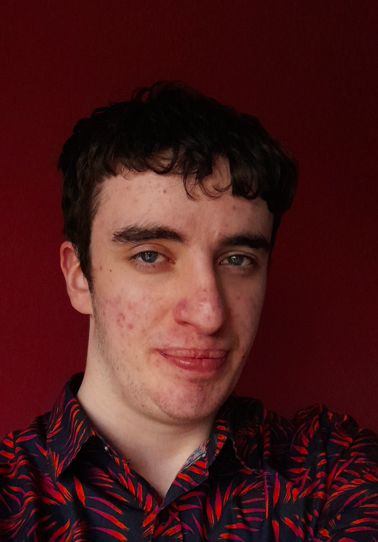 INSPIRED BY HIS own family’s connection to Bessborough mother and baby home in Cork, Daniel Loftus has committed to compiling an online database that documents all the people who died in these institutions in Ireland.

The 18-year-old student started Project Infant in July and is currently going through records for various mother and baby homes, county homes and other institutions in a bid to compile a comprehensive list of all the mothers and children who died there.

Loftus has been interested in genealogy for years but felt compelled to look into this area specifically after he learned that a relative of his was born in Bessborough before being adopted into his wider family.

Loftus, who lives in Cork, noted that his relative was lucky, but many other children did not survive.

The Commission of Investigation into Mother and Baby Homes confirmed that about 9,000 children died in these institutions in the 20th century. A number of women also died, often during childbirth.

In Bessborough alone, the burial place of over 850 children who died in the institution, or shortly after being transferred from there to hospital, remains unknown.

Speaking to The Journal, Loftus explained: “These infants were more than numbers, they were people. We should know their names. That’s all I want to achieve, making sure they aren’t forgotten.

“My relative survived, but there were many other people who didn’t. This website is in remembrance of them.

“Project Infant will be a searchable database that’ll also act as an online memorial to the mothers and infants who died in the mother and baby homes across Ireland.”

No excavation at Bessborough

As previously reported by The Journal, there are no plans to excavate the site of the former institution in Bessborough – despite the uncertainty over where hundreds of children are buried.

Loftus said he hopes the Government will “reconsider” this stance.

He said plans to develop housing on the site of the former institution should not move forward until there is clarity on where these children are buried.

Loftus and a number of volunteers are currently going through death registers, via records compiled by Irish Genealogy, connected to institutions such as Sean Ross Abbey in Tipperary; Glenamaddy Children’s Home in Galway, a precursor to the Bon Secours mother and baby home in Tuam; and the County Clare Nursery in Kilrush.

“When I read about Catherine Corless’ research and the fact around 800 children could be buried in Tuam, I was shocked – as many people were. I was taken aback as the details came out.

“I asked myself, ‘What can I do to help?’ After searching online and finding no database of children and mothers who died, I wanted to change that.”

As well as going through the death records for these institutions, Loftus has also been reading about them in old newspaper articles to get a better understanding of how they operated.

In one example from the Nenagh Guardian in February 1937, two side-by-side articles about Sean Ross Abbey were particularly jarring.

One article included quotes from a local priest, Reverend T D Tuohy, about how the institution “was more than a maternity hospital for the unmarried mothers”.

He is quoted as saying:

The Nuns in charge of this institution gave their lives to this work of assisting the unfortunate Magdalen and her child when friends disown them and the world frowns on them. They not only give the mother the moral uplift she so badly needs, but also, during her sojourn in the institution, they give her a useful training through which she is the better able to earn her livelihood afterwards.

The priest is quoted as adding that his “only regret” is that various county councils and boards of health “follow too slavishly the old workhouse tradition of boarding out the little children at too young an age. It would be much better to leave the little children till six years of age under the care of the Nuns in such an ideal and necessary institution”.

The article next to it discusses a diphtheria outbreak at Sean Ross Abbey and the fact that, of the 21 cases of the disease in Roscrea Fever Hospital, 15 were children from the institution.

“The articles paint two very different pictures of what life was like in the institution at the time. It’s sobering.” Loftus said.

“The more you read about these places, the more you start trying to picture what life was like there at the time,” he told us.

Loftus noted that Project Infant is a work in progress, but he and his team have already compiled a list of around 1,000 people who died in Sean Ross Abbey, for example.

The website aims to have a searchable list of all those who died in the 18 institutions examined by the Commission, as well as possibly other institutions.

“It’s going to take a while but it will be worth it in the end,” Loftus said.

I’m doing this for all the infants who society at the time would rather forget. People should remember them. My project will only ever do so much but if it helps people to remember those who died, that’s all I want.

The teenager got his Leaving Cert results earlier this month and plans to study Computer Science. He plans to continue working on Project Infant in his spare time, as well as get more volunteers on board to help run the site.

More information about Project Infant can be read here.