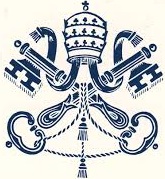 In an attempt to project openness to different voices, Pope Francis has appointed Fr James Martin SJ of America Magazine and Michael Warsaw of EWTN among 13 new consultants to the Vatican’s Secretariat for communications.

Those names will speak for themselves for many Catholics, but to spell it out, Fr Martin is widely seen as a progressive voice in Catholic affairs, including on LGBT issues, while EWTN is generally perceived as solidly conservative.

Both Fr Martin and Mr Warsaw will work together as consultants of the Secretariat for Communications, a body created by Francis in 2015 to manage and overhaul the Vatican’s different news and media outlets.

The body is headed by Italian Msgr Dario Edoardo Viganò, who, seeking inspiration for a reform of the Vatican’s communications operations, has declared himself open to turning towards unlikely sources of inspiration such as Walt Disney.

Mr Warsaw has been Chairman of the Board for the Eternal Word Television Network (EWTN), the Catholic network founded by Mother Angelica, since 2013, having been with the company since 1991.

Originally broadcasting from a garage in Alabama, EWTN is today the most powerful Catholic presence on cable television and in multiple other platforms. Though it hasn’t been free of criticism, it’s long received the support of the Vatican, receiving the Pro Ecclesia et Pontifice in 2009.

Last year, Msgr Viganò was present during the opening of EWTN’s new Rome offices.
Fr Martin is the editor-at-large of the Jesuit journal America and has a strong social media presence, with over 115,000 followers on Twitter and more than a half million followers on Facebook, where he often does live videos and shares reflections on the day’s news from a Catholic angle.

He’s written several books, with his latest, Building a Bridge: How the Catholic Church and the LGBT Community Can Enter into a Relationship of Respect, Compassion, and Sensitivity, to be published mid-year.

Among the Pope’s other appointees, only one is a woman – Ann Carter, a US-based communications strategist.

Also on the list are six priests and several communications experts, including Graham Ellis, vice-director of BBC Radio.
EDITED BY Sotto Voce