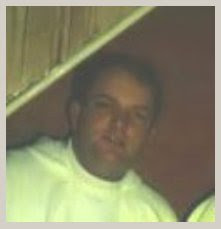 We find ourselves bringing this issue to your attention yet again in relation to this personage and can now supply further details relative to him...

He is convincing people that he is a Monk who can see the future (but the OSB has vehemently stated that Ward is NOT a member);

He was in fact ordained a priest by Archbishop Michael Cox OMD back in the late 1990's and indeed Archbishop Cox has had more than one visit from An Garda Síochána in relation to Mr Ward's activities in recent
times;

He lives in Dublin currently with an address of P.O. Box 9385 Dublin 17, Ireland and uses the picture of the house attached as proof of residence (which it is not as he resides on a halting site!!)

The phone number he uses is 353868476533, although it being in operational use is questionable;

He also claims to be working at St. Benedict's Oratory Dublin 17 (again using the pic of house attached which in fact is not his residence) and there is no such building or Oratory at that address!!

It is well known that he lives in a halting site in that area and this is further evidenced by checking out the pictures on his Facebook page under his real name of Dennis Ward.

He has also been in touch with CW as recently as January of 2011 under the pseudonym of 'John - Dublin' complaining about our expose of him which he felt was unfair and without basis.

We offered him all the evidence we had but for some strange reason he has not come back to us seeking such information which has since been passed over to the necessary authorities.

If anyone else wishes to provide further information and otherwise, please do not hesitate to get in touch at the email address on the top right hand corner of this blogspot.
EDITED BY CW Team

all so true about dennise ward

So funny I live close to this man and seen him the other day. He is so Fat and older looking the pictures are photo-shopped!

And to think that this bogus priest was Olive Dawson's Spiritual Director for 2 years and that he actually accompanied her on one of her 'tours' of the USA. What a Con MAN!

Seems to be accompanying Jennifer Lopez to!

Lets see DIONYSIUS PUPILLO AKA DIONYSIUS WARD AKA...DENNIS WARD AKA NOW CHECK OUT DEN WARDIE......WHO WILL HE BE TOMORROW........

This guy is a total liar and user He goes by many names including Dionysius Pupillo,Dionysius Ward, Dennis Ward and recently Den Wardie.probably other names that I didn't come across yet...He is a con man and makes you believe he can look into your future and that is ranked as a cardinal..when is is a traveling gypsy...Be careful he also prays on the weak young people..which almost ruined lifes of people close to me....

check out the cropped heads

Check out Ward's Oratory at: http://nctc.yolasite.com

that man is mad