Spanish archbishop sentenced in court for the first time 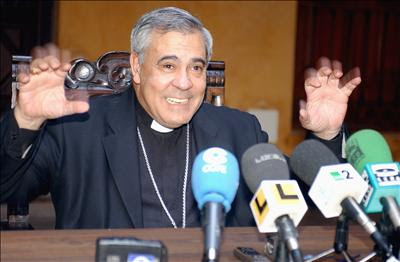 A Catholic archbishop has been ordered to pay a fine of 3,750 euros (5,250 dollars) for injuries to a priest in Spain's first trial against such a high-ranking clergyman, the court announced Monday in the southern city of Granada.

The priest sued Archbishop Francisco Javier Martinez for insulting him by accusing him of stealing the intellectual property rights to a book on Granada cathedral.

The archbishop denied having subjected the priest to harassment, saying he was sacked from his job because of a 'loss of confidence' in him.