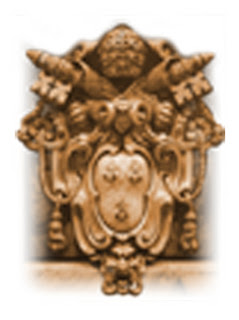 A veteran diplomat, Monsignor Claudio Celli, was named by Pope Benedict XVI to head the Vatican office that analyzes world and church media issues on Wednesday.

It is the latest appointment in a shakeup that is bringing more experienced diplomats into top positions in the curia, the executive hierarchy through which the pope governs the Roman Catholic Church.

Celli, 65, is currently the No. 2 of the Vatican's patrimony office, which is in charge of the Vatican's real estate. He takes over the social communications office, replacing American Monsignor John Foley, 73.

Foley was named grand master of the Equestrian Order of the Holy Sepulchre of Jerusalem, a lay religious community that aims to protect the rights of the Roman Catholic Church in the Holy Land.

Previously, Celli served as undersecretary in the Vatican's foreign ministry. Last year, Celli and another Vatican official went to China to sound out the Beijing government on the possibility of re-establishing diplomatic relations - a key papal priority.

His appointment was the third major curial announcement from the pope in recent weeks.

On Monday, Benedict restored the Vatican's office that specializes in relations with Muslims, a year after disbanding it, and appointed as its president French Cardinal Jean-Louis Tauran, the Vatican's foreign affairs chief from 1990 to 2003.

Two weeks ago, he named Archbishop Fernando Filoni, an Italian prelate who served as Vatican envoy in Iraq from 2001-2006, to the key post of undersecretary of state.

Foley takes over as grand master of the Equestrian Order from Cardinal Carlo Furno, who is retiring.

The job carries with it the rank of cardinal, meaning that Foley will possibly get his red hat at Benedict's next consistory.