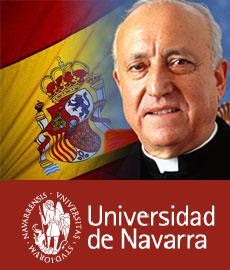 The University of Navarra, a Catholic school in Pamplona, Spain was bombed by the Basque separatist group ETA on Thursday morning. Initial estimates indicate that 21 people have been injured.

At around 11:00 a.m. a car-bomb exploded at a parking lot located between the main building and the Library of Humanities, injuring 21 people and destroying 20 vehicles.

"There were other small explosions after the fire set off by the fuel tanks in the parked cars nearby," Bernardino Leon, a University of Navarra professor, told the Antena 3 TV channel.

The bombing against Opus Dei-run University received immediate condemnation from the archbishop of Valencia, Cardinal Agustin García-Gasco, who called it "an act of abject inhumanity." "I express my deepest solidarity to this great community of students and my utmost repudiation of the terrorists' logic," he said on Thursday.

"This shows another expression of ETA's barbarism and culture of death," Cardinal García-Gasco said in a statement released to also express solidarity with the University's Supreme Chancellor and Opus Dei Prelate, Bishop Javier Echeverría.

"By attacking the University of Navarre, terrorists show where they stand: at the opposite of any human good," the cardinal concluded.

Ángel Gómez-Montoro, the rector of the University, reacted to the attack by saying, "we have decided to go back to normality as soon as possible," and "we will do it without fear or anger."

"This is the time to remember the importance of forgiveness, and we want to call the terrorists to stop making so many people suffer," he stressed.