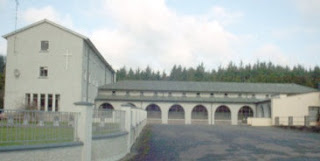 The Norbertine order has sold its Kilnacrott Abbey monastery in County Cavan to Sheelin Nursing Home, which will now erect a 60-bed residential centre for the ill, and elderly.

The order is reported to be getting €900,000 for the complex including 44 acres of grounds.

The collapse in property prices has hit the vendors hard and the sale price is less than a third of the €3m asking price Kilnacrott was valued at when it first went on the market in 2008.

Having expressed interest in buying, Sheelin Nursing Home made closing of the sale conditional on the vendors securing planning permission for a nursing home on the property and this was granted last year.

New accommodation will also be constructed opposite the nursing for the six Norbertine priests still at Kilnacrott, including Prior Fr Gerard Cusack and former prior Fr Kevin Smith.

The sale marks the end of an era that started in 1924, when the order was invited to the area by the then bishop of Kilmore Patrick Finegan.  The first abbot was Fr Felim Colwell, who was replaced when he died in 1968 by Fr Smith.

The abbey gained notoriety in recent years as the base of the late Fr Brendan Smyth, against whom many allegations of child abuse were made and who was convicted and jailed in Northern Ireland for paedophile offences.

The Norbertines have pledged that some of the proceeds from the sale of Kilnacrott will go to compensate victims of Fr Smyth.

In a statement, the Order said that  it had sold the farm and stock fifteen years ago and was now selling the abbey and remaining land “in an attempt to respond in some meaningful way to victims of abuse.”

“We appreciate that none of this will be sufficient to repair the immense hurt caused by our failures,” the statement continued.

“The monies that will accrue from the sale of the property will be used to clear our current debts, which are related to the support of victims, to care for our elderly members, and the possibility of building a modest residence in keeping with our present needs, in the immediate locality.”

“At a pastoral level, we will continue to support, as best we can, people who have been abused and are in contact with us.”

March 2012- I am informed that Kilnacrott Abbey has now been purchased by a group called direction for our times"- where a place of healing for abuse victims is to be installed. The grave of paedophile smyth will not be moved. (The previous buyers wanted it made a condition that he grave be removed) Sexual abuse victimes find the plans for this evil place abhorrant...

The place is not evil...let's not get into superstition! Many good men lived out their lives there and many good people have come there and still go there to this day, for spiritual assistance from the priests who did no wrong, and for the sacraments of the Church. The unspeakable crimes of one man and the gross incompetence of his abbot who seems to be living in denial, ought not compromise the good reputation of the rank and file priests and brothers who lived there from 1929 to the present. Nobody ever speaks of the bravery of the remaining priests there who had naught to do with Brendan Smyth and his crimes, but who get tarred with the same brush - that's an injustice.