Scandal and schism leave Christians praying for a ‘new Reformation’ 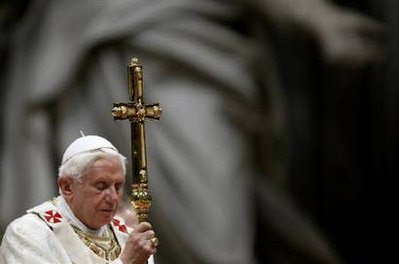 There was standing room only as clergy renewed their ordination vows at the Chrism Mass at St Peter’s Cathedral in Belfast yesterday.

But any illusion that this was just another Maundy Thursday was quickly shattered when the prelate stood up to preach, spelling out his anger at the “inept management and cover-up by some bishops” and his “bewilderment at seemingly inadequate communications systems in the Church”.

Bishop Noël Treanor described the “shame, deception, disorientation, horror and anger” that so many felt in the aftermath of revelations about the abuse of children in church-run institutions.

Bishop Treanor, who was based in Brussels and Rome from 1976 to 2008, when the Pope moved him to head the Diocese of Down and Connor, is considered untainted by the scandal that has rocked the Church in Ireland.

Many see him as a worthy successor to Cardinal Sean Brady, who is expected to announce his resignation at Pentecost at the end of May.

Cardinal Brady’s position has become untenable since he admitted holding secret interviews with two young victims of one of the Church’s most heinous sex abusers, the late Brendan Smyth, in the 1970s. When Cardinal Brady goes, other bishops from Ireland’s 26 dioceses are likely to follow.

After yesterday’s service Bishop Treanor told The Times: “The Catholic Church is clearly rocked by this crisis. It is obviously embattled. It is suffering. Clergy, priests, Catholics, Christians are suffering.”

For Catholics and Protestants alike, Easter is meant to be a time of renewal and celebration. But this year the festival has been overwhelmed by uncertainty and a crisis of leadership — and not just in Ireland.

In Britain, Germany and even Italy church leaders are being confronted and established churches are losing members in their thousands.

While Catholics seek to salvage some vestige of credibility for their Church after its shocking catalogue of abuse, the Anglican Communion is divided by its rows over homosexuality, an issue with schismatic potential despite being regarded with incredulity by a secular world.

In Britain religious belief is in freefall, according to the most recent figures from the National Centre for Social Research. Over the past two decades the number of people describing themselves as atheist or agnostic has risen to 37 per cent, while those identifying themselves as Christian has dropped from 66 per cent to 50 per cent.

Even among the world’s most famous atheists, the crisis of faith among Christians in Europe has been met with concern.

Peter Tatchell, the human rights campaigner and one of the organisers of the Protest the Pope demonstration at Westminster Cathedral last weekend, came to the defence of a Christian street preacher who was fined £1,000 in Glasgow for saying that homosexuality was a sin.

Shawn Holes, a Baptist from America, was charged with “uttering homophobic remarks” in a breach of the peace that prosecutors said was “aggravated by religious prejudice”.

It is a sign of how bad things have become that the faith’s enemies seem now to be defending it. And the crisis is reaching to the very top, with Vatican officials working overtime to make sure that the Pope himself remains above suspicion.

However, even the last Pope, John Paul II, whose funeral in 2005 was attended by cries of santo subito, or “saint now”, has now been dragged into the crisis.

Cardinal Christoph Schönborn of Vienna told Austrian television on Sunday that Pope Benedict XVI, then head of the Congregation for the Doctrine of the Faith, wanted a full investigation when the former Vienna Cardinal Hans Hermann Groer was removed in 1995 for alleged sexual abuse of a boy. He was advised instead that the media had exaggerated the case and that an inquiry would add to the bad publicity.

The National Secular Society (NSS), whose senior officers have repeatedly denounced the Catholic Church for child abuse, said yesterday that the total number of Groer’s victims amounted to as many as 2,000 but he was still a cardinal when he died.

The NSS said: “In his anxiousness to help the present Pope out of the tight corner he now finds himself in, Schön-born has let the cat out of the bag about JPII’s involvement, inadvertently opening the window on the Church’s culture of secrecy which led to child abuse being perpetuated ad nauseam.”

Perhaps it is just as well that the beatification of John Paul II might not go ahead this year as predicted a few months ago. The Polish newspaper Rzeczpospolita reported that the 49-year-old nun who was “cured” by praying for his intercession had suffered a relapse.

The Vatican denied the report and said that no date had been set for the beatification because the “miracle” had not yet been scrutinised by the panel of medical doctors who report to the Congregation for the Causes of Saints.

On everyone’s lips — and in the prayers of many — is the phrase “a new Reformation”.

John Cornwell, a former semarian and fellow of Jesus College, Cambridge, tells a chilling story in the latest New Statesman: “One summer afternoon in the late 1990s my wife and I were by an Italian poolside in the Alban Hills, south of Rome.

“We watched a group of touring British choirboys, aged 10 to 13, relaxing in the water after performing a sung Mass at St Peter’s Basilica. Frolicking with them was Joe Jordan, a seminarian who had accompanied them, uninvited, from Rome. After watching his behaviour, involving boisterous tickling and handy horseplay, my wife, who was a teacher in London schools for 14 years, said, ‘That young man has a problem. I wouldn’t let him near a child unsupervised’.”

The next year Jordan was ordained a priest. In 2000 he was sentenced at Cardiff Crown Court to eight years in prison for child sex abuse.

Whether the crisis will hasten the end of Christianity in Europe remains to be seen. Easter church attendance figures will not be collated for some months to indicate any impact. The more immediate effects were cited in the sermons of bishops and clergy of all denominations.

The Right Rev Richard Chartres, the Anglican Bishop of London, lamented the blight of the abuse scandal and its impact on Christian witness in his sermon at St Paul’s Cathedral yesterday.

He said: “It has been a difficult period in which to be a public representative of the Church. Caricatures of the Christian faith are ridiculed, while the massive contribution of the Church to local communities is ignored or minimised. Then we must acknowledge with sorrow that parts of the Church have been caught up in scandal in a way that injures the whole body. It is a ghastly crime to prey upon the vulnerable and innocent and to behave in a predatory way is to betray Jesus Christ.”

In his Easter message he writes: “The great economist John Maynard Keynes, who was not a believer, observed to Virginia Woolf wistfully and perhaps a little prematurely, ‘We destroyed Christianity and yet had its benefits’. It has yet to be proved that profound transformation in our world is possible without seeing the truth of the God who so loved the world that he was generous and gave his only son to die upon the cross to love the loveless into loving.”

Maybe that proof, or otherwise, will be coming sooner than Keynes, or anyone else, expected.

— Church authority in crisis as flood of child abuse revelations seems unstoppable •Shortage of priests as more than 100,000 have left to get married in the past 30 years. Increasing challenges to tradition of a celibate priesthood

— Visit to Britain threatens to be overshadowed by sex abuse scandal. Growing anger at £15 million cost of visit, not including police protection, to be shared by Church and taxpayer. More than 10,250 people have signed the Protest the Pope petition

— Old age. At 82, most people would not be expected to bring order to an institution in this degree of crisis

Bring in married priests and women priests. End ban on artificial contraception. Rescind doctrine of papal infallibility. Restore teaching licence to the dissident theologian Hans Kung. Issue papal letters of apology and cash compensation to all child abuse victims and banned liberation theologians. Make the Congregation for the Doctrine of the Faith a paperless office and speed up discipline by better use of modern technology. Put Opus Dei in charge of all Church communications. Apologise profusely

The Archbishop of Canterbury

— Leadership vacuum: as first among equals he has moral authority but not much jurisdiction outside his own diocese or his office of Lambeth Palace

— The Episcopal Church: over-homosexed, over-rich and over there. It will keep electing gay bishops. That’s what comes of introducing democracy to the Church

— Women bishops: many of the 38 provinces have them, but not England. Years of attempting to fudge the issue and appease all sides have finally proven this truism. This summer things will come to a head, yet again, at the July synod in York

— Language: like Mozart, he uses too many words, but the result is not always harmonious

— The Pope: Benedict XVI parked his tanks on Lambeth’s lawn by setting up the Anglican Ordinariate for defecting Anglican clergy

Ordain women bishops and gay bishops, then take professorship at Yale and Harvard and make millions on lecture circuit analysing the crisis in Western Christianity.