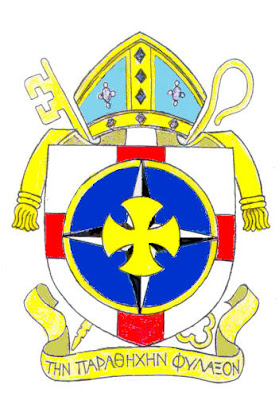 Three Church of Ireland parishes have asked to be received into full communion with the Catholic Church The Irish Catholic newspaper reports this week.

The parishes, in counties Down, Tyrone and Laois are members of the 'traditional rite' within the Church of Ireland.

The Irish Catholic newspaper, has learnt that the members of these parishes, along with traditional Anglicans from twelve other countries, have signed a letter to the Vatican seeking "full, corporate, sacramental union" with the Catholic Church under the authority of the Pope.

The dramatic move would see the entire parish communities received in to the Catholic Church.

While only a few hundred Anglicans in Ireland will be affected, the move, if approved by the Vatican, would see 400,000 Anglicans worldwide admitted into the Catholic Church, the paper reports.

Traditionalist Anglicans decried the move as a "defiance of both Scripture and Tradition."

According to a statement from the TAC "the bishops and vicars-general unanimously agreed to the text of a letter to the See of Rome seeking full, corporate, sacramental union.

"The letter was signed solemnly by all the College and entrusted to the Primate and two bishops chosen by the College to be presented to the Holy See," the statement added.

A spokesman said "the letter was cordially received at the Congregation for the Doctrine of the Faith."

"The Primate of the TAC has agreed that no member of the College will give interviews until the Holy See has considered the letter and responded," he said.

Most recently, Anita Henderson, wife of the Church of Ireland Bishop of Killala was received in to the Catholic Church in a private ceremony in Ballina, Co Mayo.

In the US, the so-called 'pastoral provision' allows Catholic bishops to establish 'Anglican Use Catholic parishes', which use a liturgy adapted from Anglicanism.

Welcome Home (hopefully) brothers and sisters!! Surely the prayers of the One, Holy, Catholic, and Apostolic Church are being realized!!

This makes me so glad! I hope that, for all the work POpe John Paul II did, this pope, Benedict XVI, can bring it to fulfillment. I hope that is in God's plan. I long for the day to celebrate the Eucharist with my brothers from the Churchg of Ireland, but as Catholics, as the One Body of Christ!

Delighted they accept all Catholic teachings. How unusual! Most of us have a few blank pages in that regard.

In fact, the only person who has to believe the whole bang lot is the Pope. Poor Pope.

That's wonderful news for the victims of clergy abuse ... more property in the kitty for compensation.

If they are obeying ALL the teaching of the Catholic Church how does that reconcile with a Bishop's WIFE being Catholic when there is still no marriage allowed for Catholic clergy? One wonders how rules can be bent in order to swell numbers of members and as previous poster said more 'goodies' by way of property and riches!!