Cardinals in different camps agree papal resignation should be rare 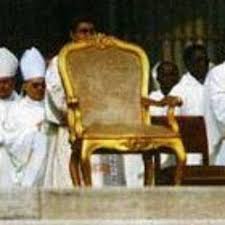 Two prominent cardinals, one often seen as at odds with Pope Francis and another perceived as a papal loyalist, have agreed that papal resignations should not become the norm in the Catholic Church, but differed as to whether there’s a need for new rules for when it does happen.

Speaking to journalists at a Jan. 10 book presentation, German Cardinal Gerhard Müller, the former head of the Congregation for the Doctrine of the Faith and a prominent conservative, said he did not think new norms are needed because the resignation of a pope is “something absolutely exceptional.”

“The pope is always the final one to decide according to his conscience, and because of this, no norm can arrange it, it’s not possible, and for this reason I am against this regulation. For exceptional cases you cannot pre-arrange it, because they are exceptions,” he said.

However, Italian Jesuit Cardinal Gianfranco Ghirlanda, a well-known canonist and a top aide to Pope Francis, was of the opposite view, saying “a legislation that determines the position of the pope who resigned would be opportune” in order to avoid any “ambiguities.”

Both men agreed that papal resignations should not become the norm but should remain an exception, with a pope stepping down only in the case of true incapacity to fulfil the obligations of their office.

Müller and Ghirlanda spoke at the presentation Tuesday of the book Papa, non più papa, (“Pope, No Longer Pope”) which is a collection of reflections from canonists, theologians, and other experts on the act of papal resignation and its implications.

In his remarks, Müller said that while he respects Benedict’s decision to resign, “a regular renunciation of the pope for subjectively perceived reasons, the exit in a deserved retirement, cannot be derived or find justification.”

“Neither his pontifical authority nor his extraordinary competence as a theologian at the level of a Doctor of the Church can introduce a novelty that would reduce the nature of the sacramental ministry…allocating it to two or three bearers of a graduated participation,” he said.

Müller insisted that there is no “pope” after retirement, but that “there can always and only be one pope, who in his person is the visible principle and foundation of their unity in God and of the sacramental communion of all local churches.”

Describing the church as a visible community and avenue of salvation, Müller said the church “must express itself not only in the primary symbols of the papacy,” such as the so-called Fisherman’s ring and the papal coat of arms, “but also in secondary symbols” such as the white vestments and title of pope, which he said, “in our media age must be unequivocal.”

To this end, Müller said “the title of ‘pope emeritus’ I cannot accept,” calling it both “false” and “incorrect,” as there is only ever one pope.

He also disagreed with the wearing of white vestments by a retired pope, as Benedict XVI did, arguing that the resignation “wasn’t reflected on sufficiently dogmatically or theologically.”

Each pope who resigns will have to decide for themselves how they handle it, he said, insisting that resignation should always be a rare exception and voiced his hope “that all popes normally finish their ministry in death.”

The church, he said, should not “become worldly” and operate as any other company or business, where bosses and CEO’s come and go, because “the church is not a worldly institution,” but divine.

In his remarks, Ghirlanda agreed with Müller that “we absolutely cannot think of resignation as something normal.”

“Nowadays it effectively creates a trauma, and it created an ambiguity,” he said, but insisted that this was not because Benedict XVI wanted it but was rather because “this whole situation was instrumentalized by groups that did not accept the new pope.”

“They instrumentalized all of this, everything relating to the resignation of Benedict XVI to the election of Pope Francis, leveraging claims and entities that they could (use to) create that ambiguity,” he said, saying it is these groups “that create disunity.”

Ghirlanda also voiced his belief that cardinals, especially those residing in Rome, be involved in the conversation when a pope is contemplating resignation.

“Obviously it remains clear that he does not submit his resignation for the approval of the cardinals,” he said, but insisted that their input would be useful and could help ease the transition to a new pope.

He agreed with Müller that the attire and title of a retired pope must be reexamined to ensure there is not the perception that “the primacy is split” between the reigning pope and the retired pope. He also disagreed with the use of the phrase “His Holiness” to address a retired pope, as had been done with Benedict XVI, saying the term should only be used with a reigning pope, “which is the only pope.”

“We only had one pope in these 10 years, not a half-pope, or a quarter-pope, or a twelfth of a pope, but we had one Roman Pontiff,” he said, and reiterated his conviction that papal resignation should be an exception to the norm.

Noting that many have now questioned whether Pope Francis himself might retire, Ghirlanda quoted the pope, saying, “rightly, Pope Francis said you govern not with the knee, but with the head. You can be a very good pope using the head and getting around in a wheelchair.”

He blamed mass media for creating a flurry of “opinions which, I say openly, are sometimes wrong,” and are ultimately unhelpful in the discussion on complex issues such as what to do with a retired pope.

The division created between Pope Francis and Benedict XVI, he said, “is truly painful, because rightly Benedict did not have these intentions, but we live in an age when things are instrumentalized, so yes, it must be something truly exceptional when a pope maintains that he must resign from his role.”

Others speaking at Tuesday’s book presentation, including Italian layman Andrea Riccardi, founder and leader of the Sant’Egidio community, also weighed in expressing many of the same ideas, agreeing that Benedict XVI’s resignation created a bit of “chaos,” and urged that a greater separation be made in the acts and symbols of a reigning pope versus a retired pope.