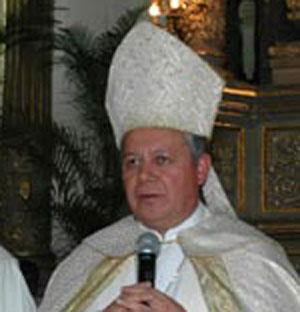 Archbishop Victor Sanchez Espinoza of Puebla joined with Cardinal Norberto Rivera of Mexico City in calling for the protection of the family in response to the approval of both homosexual “marriage” and adoption in the Mexican capital.

In his recent message, Archbishop Sanchez voiced support for Cardinal Rivera, who urged states in Mexico not follow “this perverse example” and to do whatever necessary “to constitutionally defend the family.”

He recalled that the Catechism and the March 28, 2003 document from the Congregation for the Doctrine of the Faith teach that persons with homosexual tendencies should be treated with sensitivity and should not suffer unjust discrimination.

“True respect for these persons and for all of society demands that all positive laws be in accord with the nature of the human person and promote his comprehensive development, both on an individual as well as a societal level,” he added.

There are “biological, rational, social and legal reasons” which show that only the union between one man and one woman can be categorized as marriage. One reason, he explained is the “preservation of the species” through the birth of children.

On the other hand, he warned, “the union between persons of the same sex is only of interest to the couple and does not provide this fundamental contribution to society.”

With regard to the adoption of minors by homosexuals, Archbishop Sanchez said this violates the rights of children, as the lack of a father or a mother in the home “creates obstacles for the normal development of the children who are part of these unions and are thus subjected to violence of different kinds. This obviously has negative repercussions both for individuals as well as for society.”