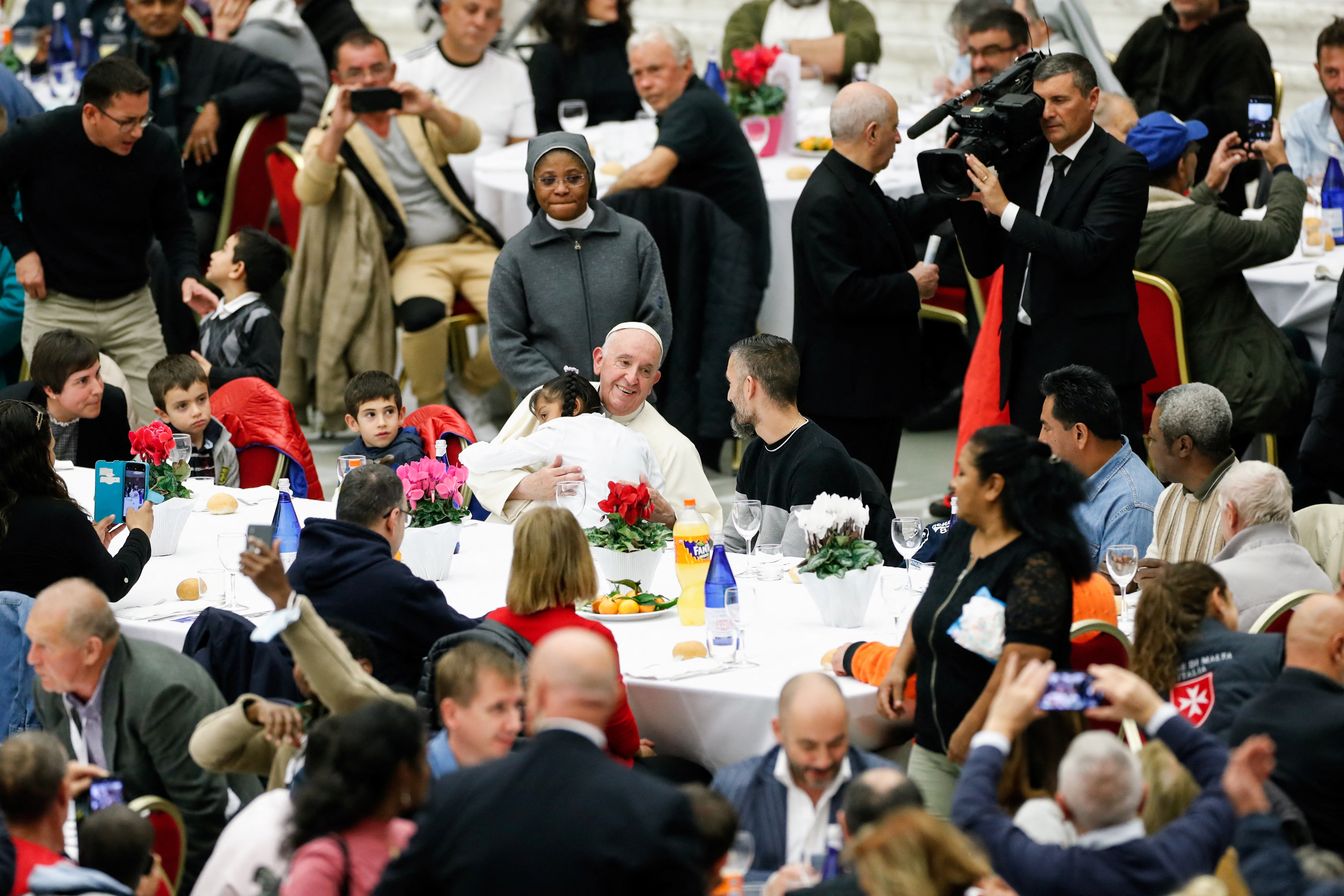 Pope Francis hosted a lunch for 1,300 poor and homeless people on Sunday, the day the Roman Catholic Church marks the World Day of the Poor.

Francis, who has been using a wheelchair and cane because of a knee ailment, sat with them in the Vatican's large audience hall, where they were served by volunteer waiters and waitresses.

The pope's guests were brought to the Vatican by charity groups who help them daily.

Earlier, in the homily of a Mass in St. Peter's Basilica, where many of them sat in the front rows, Francis called on people who are more fortunate "to break through that inner deafness which prevents us from hearing the stifled cry of pain of the frailest" in society."

If our heart is deadened and indifferent, we cannot hear their faint cry of pain, we cannot cry with them and for them, we cannot see how much loneliness and anguish also lie hidden in the forgotten corners of our cities." he said.

The pope established the day in 2016 to bring more attention to poverty, particularly in wealthy nations.

Catholic parishes and groups around the world hold events to help the poor in local communities.