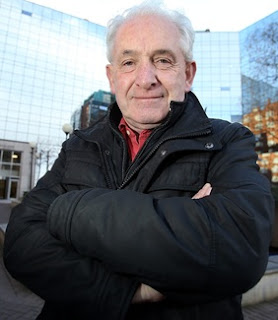 Redemptorist priest, Fr Tony Flannery, who defied a Vatican ban imposed on him in 2012 by celebrating his first public mass in five years on Sunday, has said he is "not worried about excommunication" by the Catholic Church.

The stricture imposed on him as part of his censure, forbade him to minister publicly over his liberal views on women priests, the Eucharist and the Church’s sexual teachings.

He regarded excommunication as a 16th century concept and said it "wouldn’t influence me or my life or my faith in any way".

Fr Flannery, who is a co-founder of the Association of Catholic Priests, said he didn’t “anticipate” any excommunication under Pope Francis and "even less so in the context of Pope Francis’ visit to Ireland next year".

Over 1,000 people gathered at a community centre in Fr Flannery’s home village of Killimordaly Co Galway on Sunday afternoon.

Referring to the "volume of support and encouragement from people", the priest said that for Church authorities to do anything to him now would be "shooting themselves in the foot".

Ahead of the Mass, which had a marquee outside the community hall to facilitate the large crowd of over 1,000 people who turned up in solidarity with the cleric, Fr Flannery said a resolution of the impasse between the Vatican and himself remained a long way off.

The Redemptorist said his problem was not with the Church exercising authority. “Every institution needs an authority structure. But authority must be exercised in a way that is just, and that respects the dignity of the person,” he stressed.

"In my experience, and in the experience of many others whom I have come to know in these past years, Church authority is exercised in a way that is unjust and abusive."

The co-founder of the Association of Catholic Priests expressed the hope that his action would highlight the “urgent need for change in the way the Vatican deals with people who express opinions that are considered to be at odds with official Church teaching”.

No member of the bishops or church authorities in Ireland or Rome made any contact with the priest over the Mass.

He told the Irish Independent that "it was very much a one-off event" and that he wasn’t planning to hold another such Mass.

When the Taoiseach, Enda Kenny, met Pope Francis in November, he was carrying a 400-word summary for the Pope of Fr Flannery’s plight and that of four other censured Irish priests.

Denying he was "fearful" of a Vatican backlash over his disobedience, Fr Flannery said the liturgy had been "wonderful" and it was a day he would "remember forever".
EDITED BY CW Team