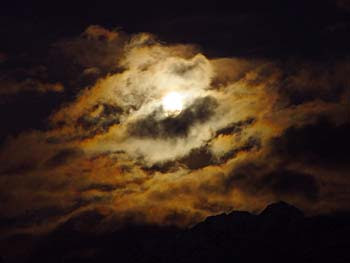 In Ireland and Scotland Halloween is far more traditional an event than in North America, with more cultural and historical significance, as opposed to the commercialized importance on the other side of the Atlantic.

Therefore, even amongst most conservative Christians, it is a far more accepted holiday with hardly any moral objections, in particular amongst Roman Catholics.

However some people do find and, to some extent resent, an Americanization occurring towards Halloween, which in turn could affect some traditions, notably the Samhain origins of the festival.

It should also be noted that Guy Fawkes night is not celebrated in the Republic of Ireland at all.

Therefore Halloween replaces the celebrations that are experienced in the UK on November 5, whereas in Britain Guy Fawkes Night is culturally more important.

In North America, Christian attitudes towards Halloween are quite diverse. The fact that Al Saints Day and Halloween occur on two consecutive days has left some Christians uncertain of how they should treat this holiday.

In the Anglican Church, some dioceses have chosen to emphasize the Christian traditions of All Saints Day, while some Protestants celebrate the holiday as Reformation Day, a day of remembrance and prayers for unity.

Celtic Christians may have Samhain services that focus on the cultural aspects of the holiday, in the belief that many ancient Celtic customs are "compatible with the new Christian religion. Christianity embraced the Celtic notions of family, community, the bond among all people, and respect for the dead.

Throughout the centuries, pagan and Christian beliefs intertwine in a gallimaufry (hodgepodge) of celebrations from October 31 through November 5, all of which appear both to challenge the ascendancy of the dark and to revel in its mystery."

Some Christian churches commonly offer a fall or harvest festival-themed alternative to Halloween.

Many Christians ascribe no negative significance to Halloween, treating it as a purely secular holiday devoted to celebrating “imaginary spooks” and handing out candy.

Halloween celebrations are common among Roman Catholic parochial schools throughout North America and in Ireland.

In fact, the Roman Catholic Church sees Halloween as having a Christian connection.

Father Gabriele Amorth, a Vatican-appointed exorcist in Rome, has said, "[I]f English and American children like to dress up as witches and devils on one night of the year that is not a problem. If it is just a game, there is no harm in that."

Most Christians hold the view that the tradition is far from being "satanic" in origin or practice and that it holds no threat to the spiritual lives of children: being taught about death and mortality, and the ways of the Celtic ancestors actually being a valuable life lesson and a part of many of their parishioners' heritage.

A response among some fundamentalists in recent years has been the use of Hell houses or themed pamphlets which attempt to make use of Halloween as an opportunity for evangelism.

Some consider Halloween to be completely incompatible with the Christian faith due to its origin as a Pagan "festival of the dead."

In more recent years, the Roman Catholic Archdiocese of Boston has organised a "Saint Fest" on the holiday.

People of diverse religions (or no religion at all) may naturally be concerned about the vandalism that can occur on the holiday.

Also, some Wiccans feel that the tradition is offensive to "real witches" for promoting stereotypical caricatures of "wicked witches".